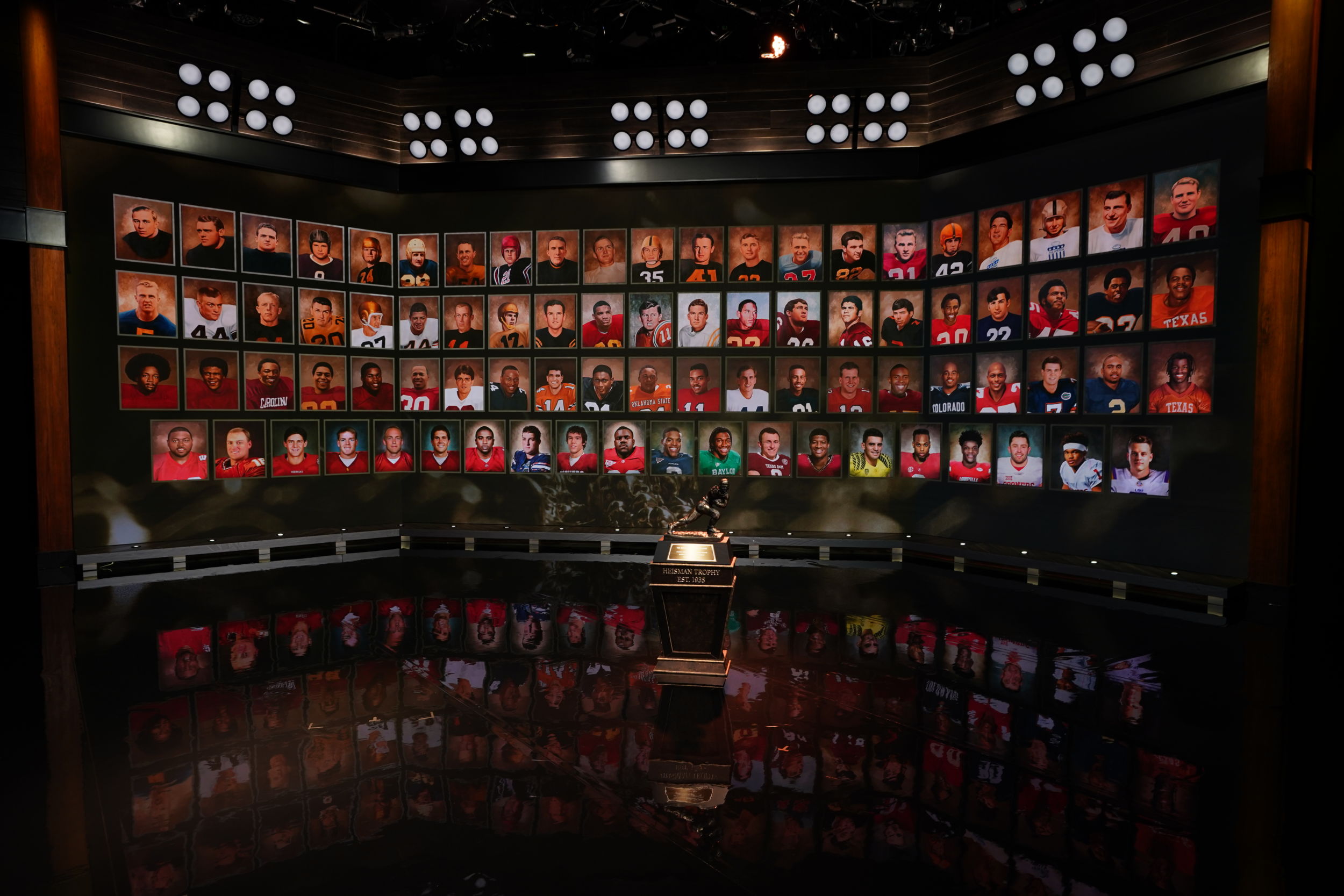 With the 2021 Heisman ballots going out in less than four weeks, the wide open 2021 Heisman race is more interesting than ever.

Let’s start with this week’s leader in The Athletic’s latest straw poll, Michigan State RB Kenneth Walker III, who is coming off a command performance in the Spartans come-from-behind win over Michigan when he ran for 197 yards and FIVE TDs. Everyone took notice.

Of the 38 votes, he commandeered 34 of the first-place ones, making him the clear No. 1. Alabama QB Bryce Young got two first-place votes while Georgia LB Nakobe Dean and Alabama LB Will Anderson got the other two.

Interesting, Georgia DL Jordan Davis rose to the No. 2 spot in the poll, just ahead of Young. Sixteen other players got at least one second- or third-place vote but none were close to the top three.

None of those other 14 were North Carolina QB Sam Howell, but ESPN showered some love on him, highlighting his 2,967 passing yards, 25 TDs and penchant for big plays.

Per this PFF tweet, Howell, and fellow dark horse candidate Malik Willis of Liberty, are grading quite well on the ground as well.

Howell will square off this week against unbeaten Wake Forest, led by its own Heisman hopeful in QB Sam Hartman, who was tied for fourth in The Athletic poll with Cincinnati QB Desmon Ridder.

All three QBs will have the chance to show out on a big stage, Howell and Hartman dueling while Ridder’s undefeated Bearcats hosting ESPN GameDay on campus.

Fansided’s rankings have Walker III in first with his 1,194 yards and 14 TDs as he tries to become MSU’s first winner. Young was second, Ohio State RB TreVeyon Henderson was third, his teammate C.J. Stroud was fourth while Hartman was fifth.

Young now has 2,453 passing yards, 26 TD passes and two scores on the ground. USA Today remarked on Young’s consistent play throughout his first season as a starter and has him atop its rankings.

Henderson has rushed for 845 yards with 12 rushing TDs to go with three scoring receptions from Stroud, who has 2,270 passing yards and 23 TDs of his own. Hartman meanwhile has almost 2,500 passing yards, 22 TDs and 207 rushing yards and six more scores.

If you’re grading QBs since week 5, Williams is leading the country per this PFF tweet with two others on the list above right behind him.

In another USA Today story, its writers made their Heisman predictions. Two went with Walker III, two went with Young, one for Hartman and one for Stroud.

Bleacher Report is giving Young the No. 1 nod in its latest Heisman rankings with Walker III second. Stroud is third, Corral is fourth and Pickett is fifth. Both Corral’s Rebels and Pickett’s Panthers fell last week.

While we’re here, Armstrong leads the country in total offense (3,828), 3,557 of it passing. The Washington Post described him as putting up “video game numbers”. Unfortunately, he’s now banged up and could miss action.

This Yahoo! article via the Nashville Tennessean dubbed Corral and Mississippi State QB Will Rogers the two most entertaining QBs in the country. Rogers leads the nation with 327 completions.