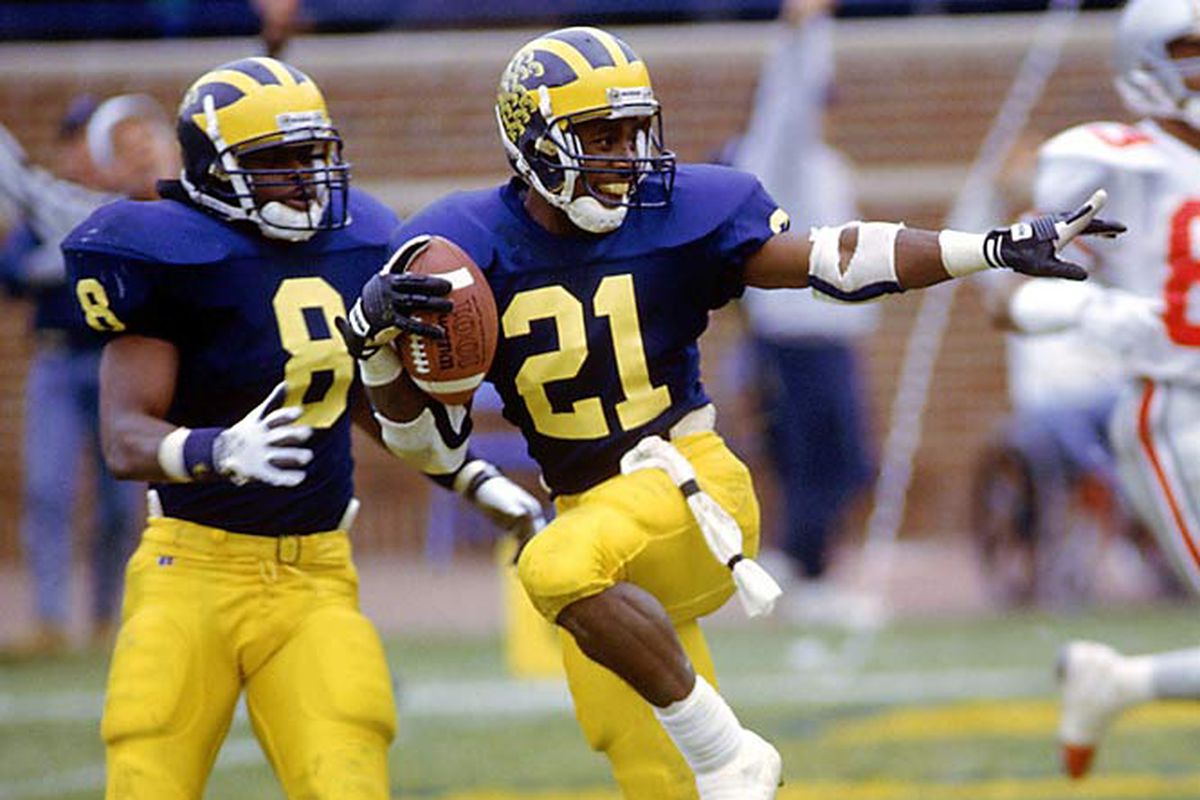 On this day in 1984, Boston College’s Doug Flutie would forever etch his name in college football history with his amazing Hail Flutie moment, a 48-yard pass to teammate Gerald Phelan that gave No. 10 Boston College a 47-45 win over No. 12 Miami.

Flute finished the game with 472 yards passing and three TDs, two to Phelan, and became the first major college QB to break through the 10,000-yard career passing mark.

The ball was hiked with six seconds remaining on the clock. Flutie famously scrambled to his right and heaved a spiral from his own 37-yard line into Phelan’s cradling hands behind a pack of Hurricane defenders.

Days later, Flutie was announced as the 1984 Heisman Trophy winner. But contrary to popular belief, that play did not win Flutie the Heisman as the votes were already mailed in.

Watch the play below:

Howard came into the 1991 Michigan-Ohio State game already a leading contender for the Heisman Trophy but not necessarily a shoo-in.

He was coming off of a seven-catch 80-yard performance at Illinois the previous week that included one TD catch and a TD run, part of a 11 straight weeks with at least one score.

When he lined up at the 10-yard line to field a late-first half punt from Ohio State, his Wolverine teammates had handled most of the offense that day. But fate was at the ready.

Fielding the punt just inside the 10-yard line, Howard ran straight into history. He quickly put five Buckeyes behind him, twice splitting a pair of defenders heading straight up the field. He then eluded Ohio State’s diving punter and flew down the left sideline.

Alone on his way to the end zone, Howard glided toward the right as he crossed the goal line. Entering the end zone to a screaming Big House crowd, he paused between the C and H in Michigan just long enough to strike a brief Heisman pose, followed shortly after by an almost giggle before being swarmed by teammates.

Other recent memorable games on Nov. 23 include Carson Palmer’s four-TD performance against UCLA in 2002 en route to a 52-21 win over the Bruins and 2019 winner Joe Burrow’s 327 yards and three scores in a blowout of Arkansas. That game saw him go over 4,000 yards and 40 TD passes for the season as the Tigers clinched a berth in the 2019 SEC title game en route to a national crown.