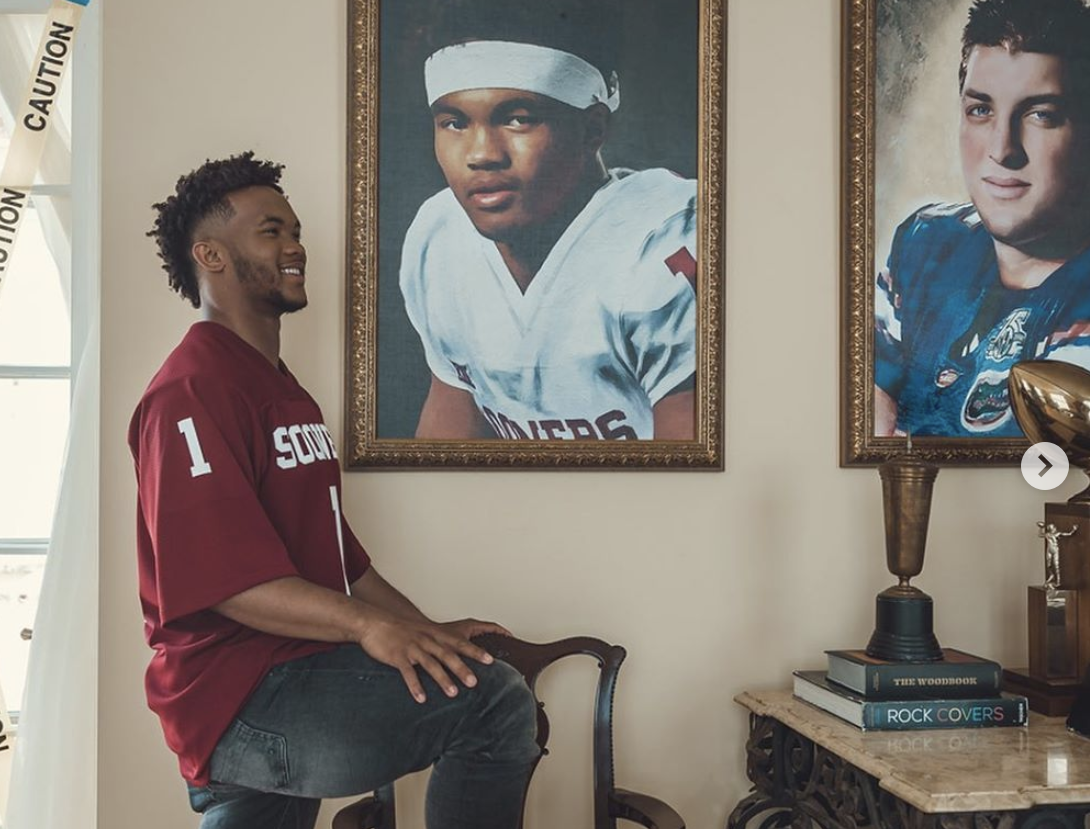 The first week of the 2019 college football season is here.

Time to put away that summer novel and get up to speed on the annual race for the most prestigious trophy in sports. To help you in that task, have a look at our traditional weekly feature that rounds up the latest Heisman news and updates from around the media world.

Who are the favorites for the 2019 Heisman according to college football media? Here’s a scan of various opinions:

— From The Oklahoman (via the LA Times): Will Jalen Hurts give Oklahoma yet another Heisman?  (No school has ever won three in a row).

—  The Associated Press lists a group of dark horses for the Heisman, including Khalil Tate of Arizona, Kelly Bryant of Missouri, JT Daniels of USC and Jordan Love of Utah State (among others).

— Love of Utah State already has his Heisman campaign rolled out: His name on heart shaped candies.

“My last name, you can play on a lot of things with it,” Love said. “That’s fun. It’s cool to see those things over there. It’s not every day you can say you had a little Heisman campaign going for you. I’m just grateful for what they’re doing for me for that.”

— More sleeper candidates from a group of Sports Illustrated writers:

Ross Dellenger: Did you know last year’s winner, Kyler Murray, wasn’t even on most preseason Heisman Trophy betting boards last August? The sleepers have a way of winning this thing, and there’s no better sleeper than a guy who’s overshadowed on his own team: Clemson running back Travis Etienne.

— Lawrence is refusing to engage in Heisman chatter, writes the Post and Courier.

Head coach Dabo Swinney is pleased with his quarterback’s mindset. “The biggest thing I want to see, I’ve already seen, and that’s him asserting himself as a leader of the team. Now he’s got a little bit of a resume.”

— From Fansided.com, some love for sophomore Nebraska quarterback Adrian Martinez.

— Yet more dark horses from Athlon.com.

— The Denver Post takes a look at the Heisman hopes of Colorado receiver Laviska Shenault.

Even the best at a position that isn’t quarterback or tailback, realistically, has one beast of a hill to climb. Although if anybody can handle elevation, it’s Shenault.

— The top Heisman candidates from each SEC team, according to Saturday Blitz.

— Could Iowa defensive tackle AJ Epenesa make some noise in the Heisman race?

— The top candidates from the Group of Five schools, courtesy of Athlon.com.

— ESPN has a video featuring its top candidates.

— The Big Ten hasn’t won a Heisman since 2006. Will the drought end this year?

— 538.com studied the twists and turns of past preseason Heisman favorites.

Around the Heisman World

— The Naval Academy will honor the late Joe Bellino this season. Bellino passed away this past May.

New to the house. #NissanHeismanHouse

— From USAToday.com: Nine NFL teams that have had two Heisman winners on the roster at the same time.

— Here’s your chance to meet 1997 Heisman winner Charles Woodson while enjoying some of his eponymously-named wine.

— The three Cornhusker Heisman winners recently got together to raise money to fight cancer.