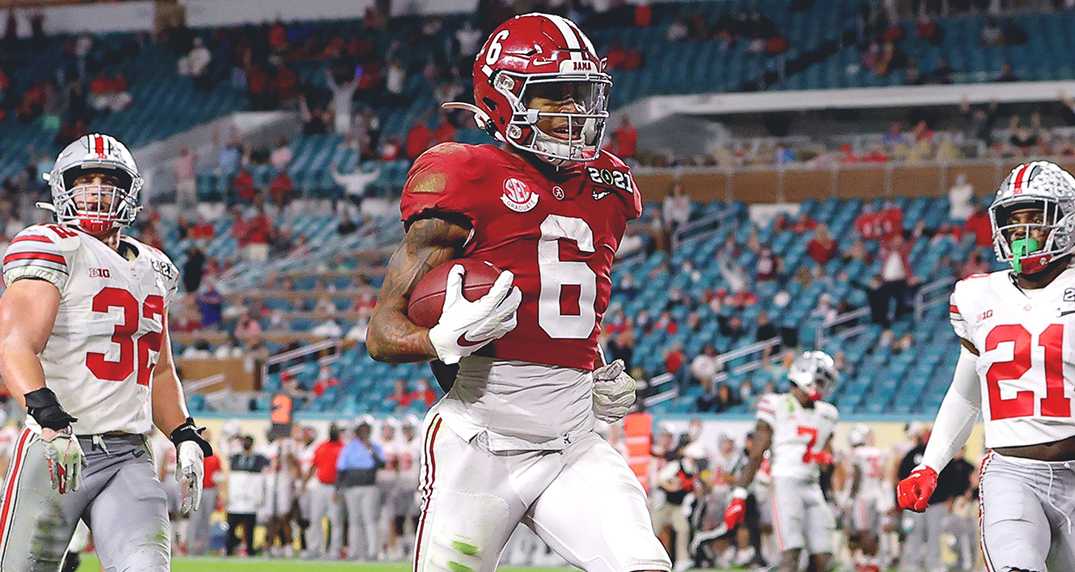 And he did it just one half.

Smith was named the game’s Offensive Player of the Game after posting a title-game record 12 catches to go with 215 yards and 3 TDs while helping the Crimson Tide to a 35-17 first-half lead.

He suffered a dislocated finger early in the second half, forcing him from the game, but between fellow 2020 Heisman finalist Mac Jones, fifth-place vote-getter Najee Harris and others, Alabama did not need Smith to force a return.

Instead, Smith returned from the locker room in the fourth quarter with his finger wrapped and a Heisman Trophy mask covering his mouth, soon celebrating the title with his teammates. 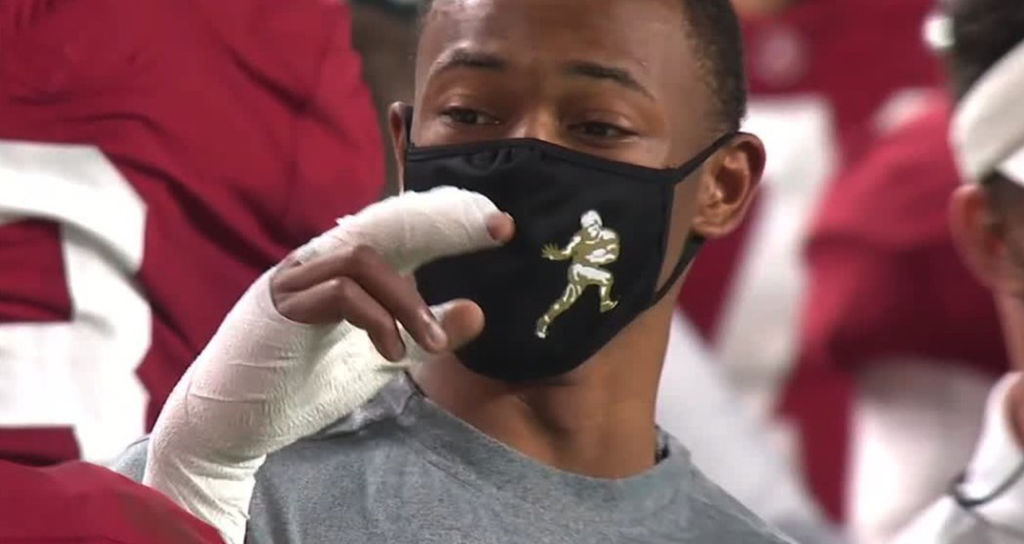