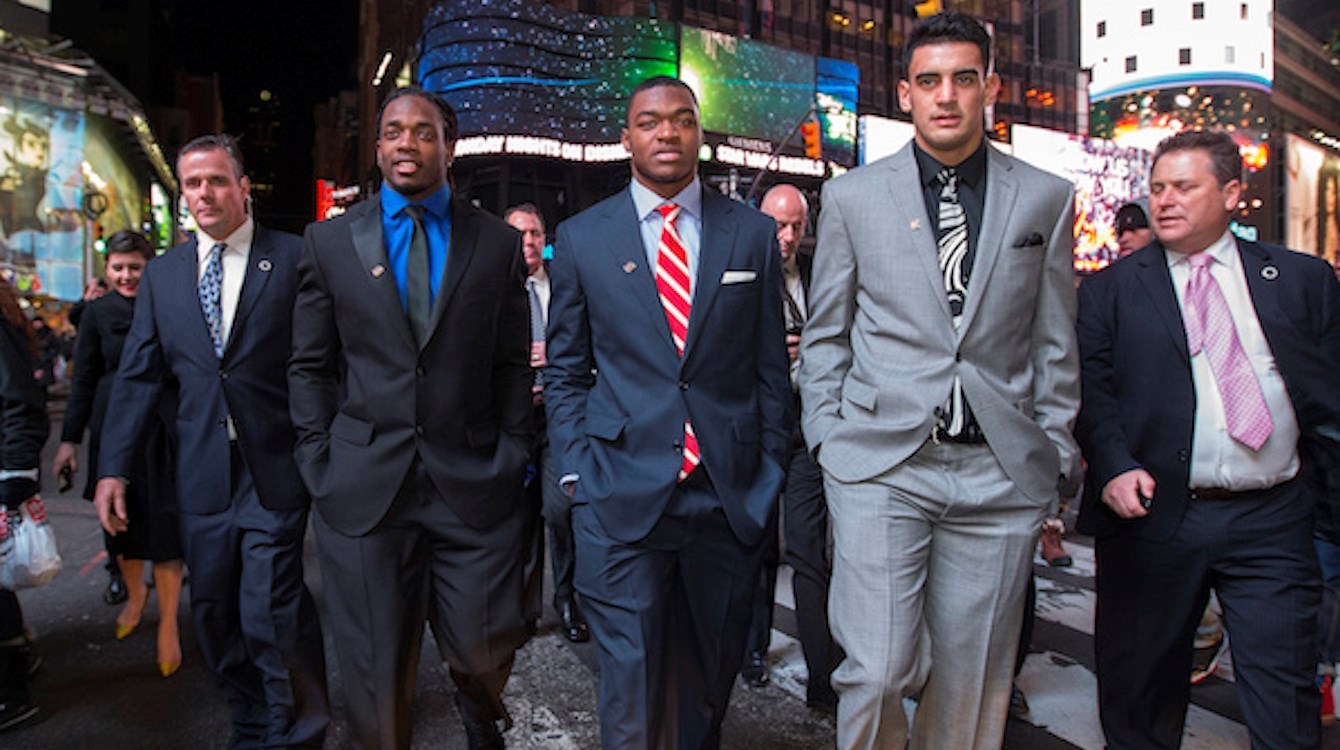 With Heisman voting now underway, the question on everyone’s mind is: “Who will make it to New York as a Heisman finalist?”

There are a lot of misconceptions out there as to what constitutes a Heisman finalist, how they are determined and what it all means.

Here are some frequently asked questions about Heisman finalists, with some answers.

2. Has there always been Heisman finalists?

No. Prior to 1982, only the winner of the Heisman was invited to New York, so there was no such thing as a ‘Heisman finalist’. Starting in 1982, multiple candidates were invited to take part in the live TV show that accompanied the announcement of the winner. Herschel Walker, John Elway and Eric Dickerson were the first Heisman finalists, though Elway did not attend that year’s event.

It varies. There will always be at least three finalists invited in a given year, though the total did rise to as high as eight invitees in 1989 (though only four actually attended). Since 1982, the most common total to have been invited is five (11 times), followed by four (10 times) and three (nine times). In 1994 and 2013, there were six finalists invited to the ceremony. To date, there has never been more than six finalists to actually attend a ceremony.

This was a bit of an anomaly that occurred before all the standards for selecting finalists were sorted out . The eventual winner, Andre Ware, was not able to attend the ceremony because he had a game that day. He was on a live satellite feed from Houston when he was announced as the winner of the trophy. Anthony Thompson of Indiana, Major Harris of West Virginia, Tony Rice of Notre Dame and Darian Hagan of Colorado were all in attendance in New York, while Dee Dowis of Air Force, Emmitt Smith of Florida and Blair Thomas of Penn State did not attend the ceremony. Technically, however, they were all finalists.

5. How are the finalists determined?

In the 2008 Heisman vote, for instance, Florida’s Tim Tebow finsihed third with 1,575 points. The fourth-place finisher, Graham Harrell of Texas Tech, totaled 213 points. Because of the huge gap between those totals, Harrell was not invited to the ceremony, which featured just three finalists. In 2010, Kellen Moore’s fourth place finish of 635 points brought him much closer to LaMichael James’ third-place finish of 916, so Moore was included as one of the four finalists. The fifth-place finisher in 2010, Justin Blackmon of Oklahoma State, had just 105 points. There was a clear demarcation of support between him and Moore, so the finalists were capped at four.

In other words, the closeness of the point totals determines the final number of finalists. Where major gaps exist, that’s where you get a cutoff.

6. Which schools have had the most Heisman finalists?

Since 1982, here are the schools that have had the most players invited to New York for the Heisman ceremony:

If you combine the finalists by school since 1982 with Heismans won prior to that year (since it can be argued that a Heisman winner before 1982 is still a finalist), you get the following tally:

7. What conferences have had the most Heisman finalists?
(Based on current conference configuration, since 1982)

8. When are the finalists chosen?

Lately, the announcement of the finalists has become its own special event. It will be no different this year, as the announcement will come on ESPN on Monday, Dec. 7, at 6 p.m. ET, just an hour after all 2015 Heisman ballots are due.

How many will there be? Three? Six?