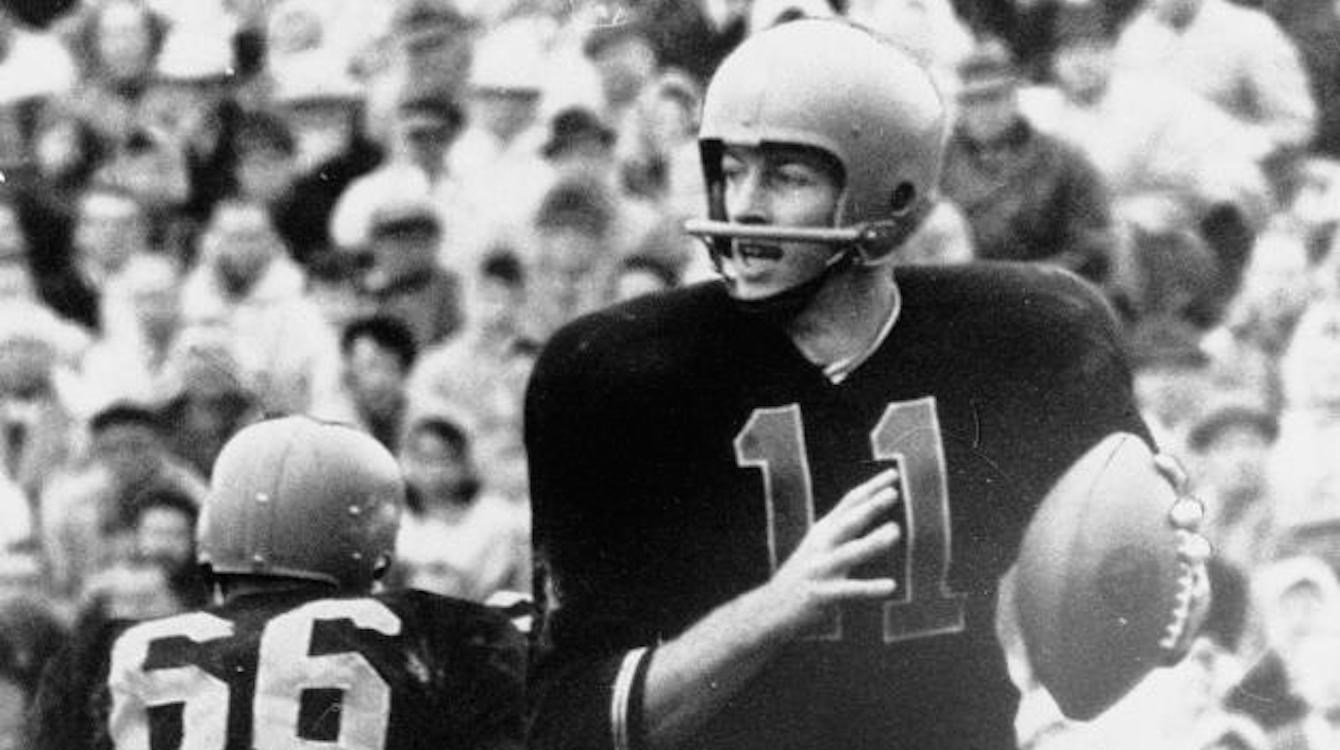 There have been a lot of famous runs by Heisman-winning running backs over the years. Think O.J. Simpson‘s weaving 64-yarder to clinch the national title in 1967 or Ricky Williams‘ 60-yarder to break Tony Dorsett‘s all-time rushing mark in 1998.

But the longest run in Heisman history was by a quarterback.

In the 1962 Liberty Bowl against Villanova, Baker showed off his speed and athleticism to go 99-yards for what turned out to be the game’s only score. The Beavers won, 6-0, and Baker ended up in the record books.

The above video is highlighted by Baker’s run.