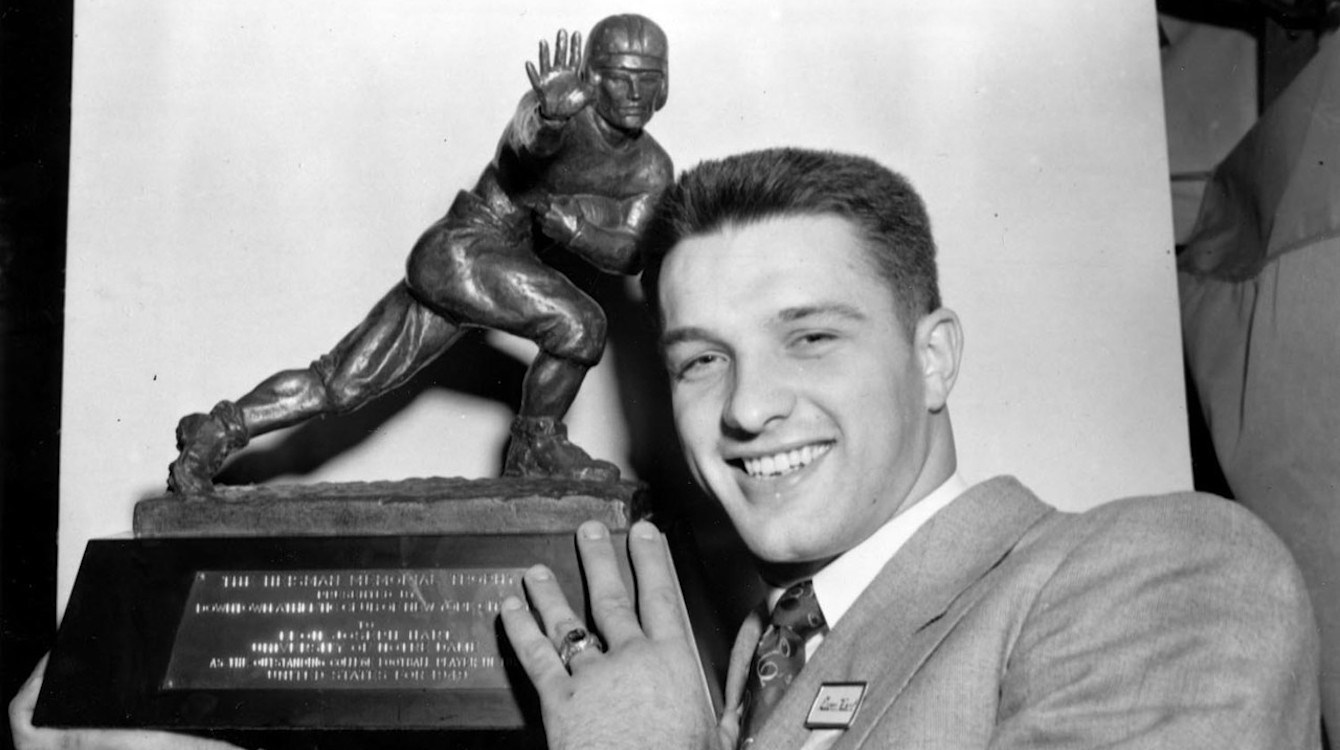 For all the talk of offensive linemen or defensive players not getting much recognition when it comes to the Heisman, there is one position that is talked about even less: The tight end.

The second Heisman Trophy winner, Larry Kelley of Yale, played the equivalent of that position in 1936 and the 1949 winner from Notre Dame, Leon Hart, was one of the few ends from that era who could’ve played the same position today (at 6-5, 260, he is the biggest player to win the Heisman).

Furthermore, both Kelley and Hart played on the defensive side of the ball, with the latter excelling in particular as a dominant force on the edge.

But since the position has evolved into its current manifestation — an offensive player utilized as a blocker who also comes off the line as a receiver — there haven’t been many tight ends who have mounted a serious challenge for the trophy.

The first modern-day tight end to log a top five Heisman finish was Ted Kwalick of Penn State in 1968. A two-time All-American, he caught 31 passes for 403 yards and two touchdowns for a Nittany Lions team that went undefeated under Joe Paterno. He grabbed 14 first-place votes and 254 total points to finish fourth in the Heisman vote behind O.J. Simpson of USC, Leroy Keyes of Purdue and Terry Hanratty of Notre Dame.

Ken MacAfee of Notre Dame came closer to winning the Heisman. He was a three-time All-American for the Irish and a unanimous pick in 1977, when he caught 54 passes for 797 yards and six touchdowns for a Notre Dame team that won the national title. That year, MacAfee became the first lineman to win the Walter Camp Player of the Year Award, but he finished third in the Heisman vote behind Earl Campbell of Texas and Terry Miller of Oklahoma State, tallying 55 first-place votes and 343 total points.

But since MacAfee in ’77, not a single tight end has made it back into the Heisman top 10.

Here is the list of the tight ends and ends who have been able to penetrate the hype and pick up support from Heisman voters: