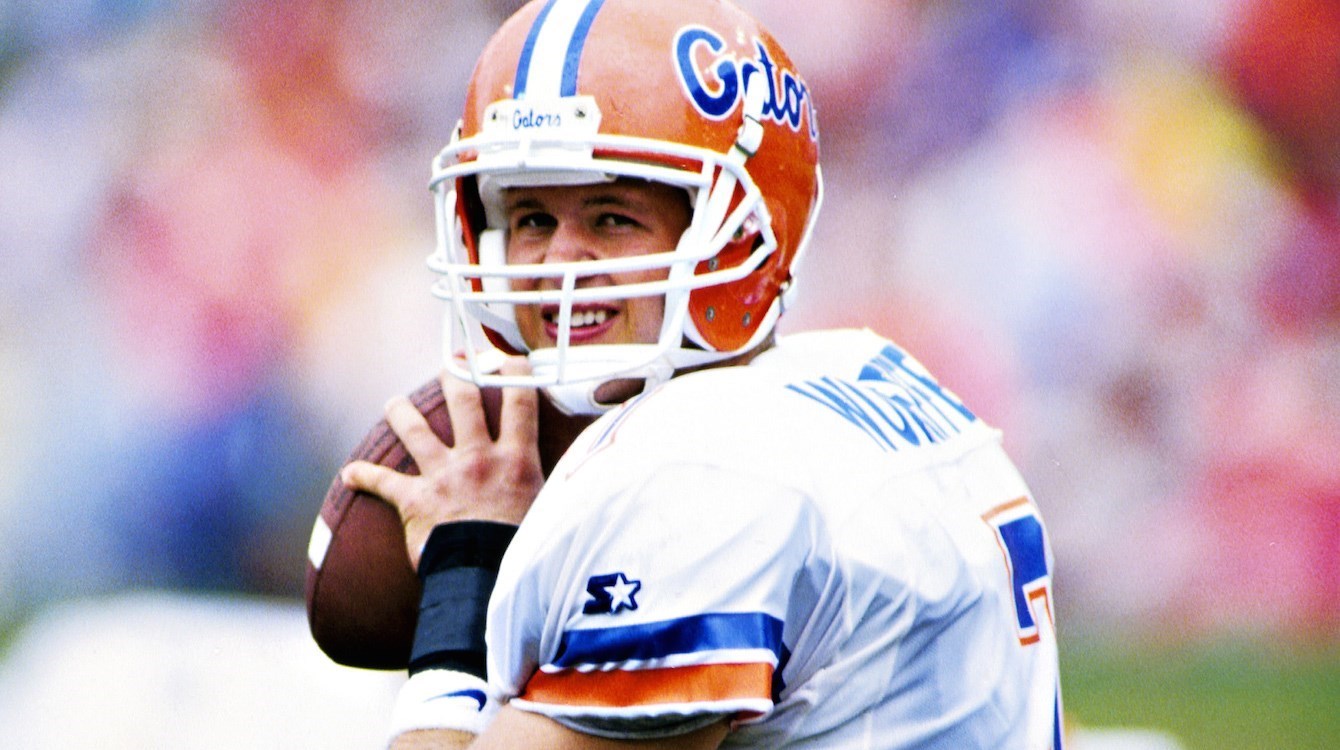 The Sept. 21, 1996 matchup between Tennesee and Florida was as about as highly-anticipated as it comes in college football. Some hyped it as the biggest game in Tennessee history.

And there’s was a case to be made. The No. 2 Vols were led by junior quarterback Peyton Manning, who finished sixth in the Heisman vote in 1995 and was the Heisman favorite in ’96. The No. 4 Gators were led by Danny Wuerffel, who took third place as a Heisman finalist in 1995. Both teams were considered viable national title contenders.

The thought, though, was that after three straight losses to Florida in which the Vols gave up a combined 134 points, it was time for Tennessee to assert its dominance in the SEC East.

It took all of a quarter-and-a-half to disabuse everyone of that notion.

This week in Heisman history, Wuerffel threw four touchdown passes as the Gators jumped out to a 35-0 lead in the first 21 minutes of the game, then hung on for a 35-29 victory over the Volunteers before over 107,000 at Neyland Stadium.

Wuerffel didn’t have a huge game statistically. He completed just 11 of 22 passes for 155 yards, but he led such a furious outburst at the onset, he wasn’t really needed after the second quarter. By the time Manning had his fourth completion, Wuerffel already had three touchdowns passes. You can’t get much more efficient than four touchdown in 11 completions.

His first TD pass was maybe the biggest killer and it went to Reidel Anthony for 35 yards down the middle on fourth and 11. Wuerffel was later asked if that was his audible or Spurrier’s call.

“I wasn’t going to call a post on fourth and 11,” said Wuerffel, laughing.

The stunned Volunteers crawled back into it as Florida went into cruise control. Manning threw for a school record 492 yards and four touchdowns on 37 of 65 passing, but there was just not enough time to recover from a five-touchdown deficit.

The win was just what the Gators needed after getting crushed by Nebraska in the national title game the previous January. It showed that Steve Spurrier‘s team had bounced back mentally and was once again one of the favorites to win the title. Florida didn’t disappoint, either, as it went on to finish 12-1 and capture its first national championship.

Meanwhile, Wuerffel used the win over Tennesse as a springboard to winning Florida’s second Heisman after throwing for 3,625 yards with 36 touchdowns and 13 interceptions. He beat out Iowa State running back Troy Davis. Manning finished eighth in the Heisman vote in 1996, but he would come back as a 1997 senior and finish as the Heisman runner up to Charles Woodson.

Here’s a video featuring the key early moments of the classic game: