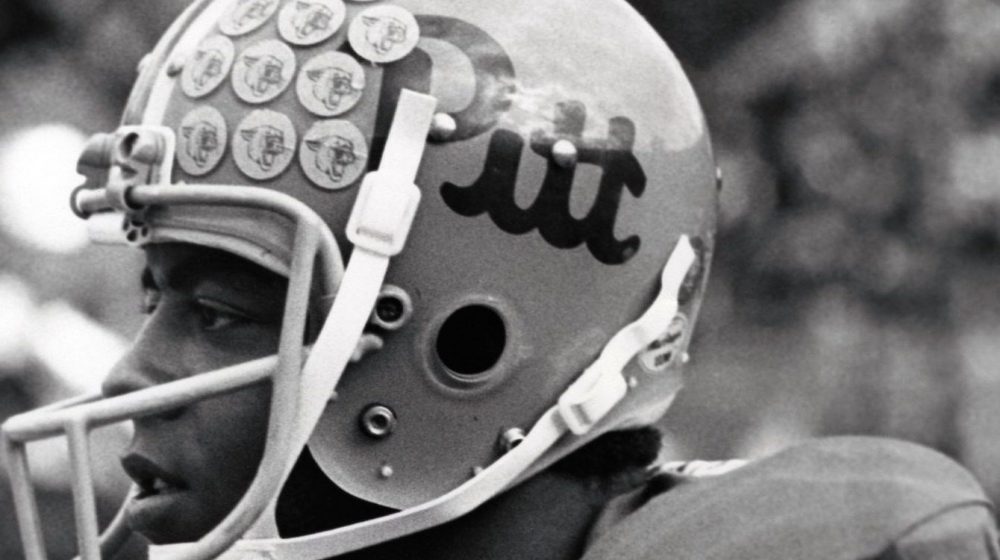 When Tony Dorsett was a star running back coming out of Hopewell High in Alquippa, Penn., the one rap against him was that he might be a little too small to be an every-down running back at the next level.

At 5-11, 160 pounds, it was a concern rumored to be shared by Notre Dame head coach Ara Parseghian who, as a result, chose not to offer Dorsett a scholarship.

It was a slight that Dorsett never forgot and the Irish paid the price for it. Over the course of his career, Dorsett ran for 754 yards against Notre Dame, including a 303-yard outburst in 1975.

But it was the last performance by No. 33 against the Irish that set the stage for perhaps Pitt’s best-ever season.

This week in Heisman history, Dorsett rushed for 181 yards and a touchdown on 22 carries as the No. 9 Panthers began the road to the 1976 national title by defeating No. 11 Notre Dame in South Bend, 31-10.

As the 1976 season dawned, the Heisman table was set up well for Dorsett, who was poised to crush every NCAA rushing record on the books. But with Ricky Bell of USC serving as stiff competition for the trophy on the opposite coast, what he needed was a statement game right out of the blocks. The matchup against the Irish — originally scheduled for later in the year but now moved to the season opener for maximum exposure — gave him the perfect opportunity.

After all, the Fighting Irish had produced six winners by 1976, more than any other program. So the school’s storied tradition made it somewhat of a kingmaker for the Heisman runs of opposing players, causing legendary media personality Beano Cook to state that “you either have to play for Notre Dame or beat Notre Dame to win the Heisman.”

Dorsett took full advantage of that maxim, despite the six-inch-tall grass in Notre Dame Stadium that was specially grown to help slow him down.

The Irish drove for a touchdown on the opening series against the Panthers, but Dorsett answered with a 61-yard romp on his first carry. A few plays later, he was in the end zone on a short run and the game was tied.

He had come to perform — and so had the rest of the Panthers. When the dust settled, Pitt had a 21-point win and Dorsett had the perfect opening for a run at the Heisman.

Pitt was elevated to No. 3 in the next AP poll and went on to an undefeated season and a national championship. Dorsett rushed for an NCAA-record 1,948 yards on his way to winning the trophy, with Bell finishing a distant second.

Dorsett’s 6,082 career rushing yards remained an all-time record until broken by Ricky Williams of Texas in 1998.

Dorsett would go on to more glory in the NFL, helping to lead the Dallas Cowboys to a Super Bowl win during his rookie season. But his performance against the Irish on that September Saturday in 1976 would remain one of his all-time bests.

For all intent and purposes, it might’ve won him the Heisman Trophy.

Check out these videos of the 1976 Pitt-Notre Dame game: