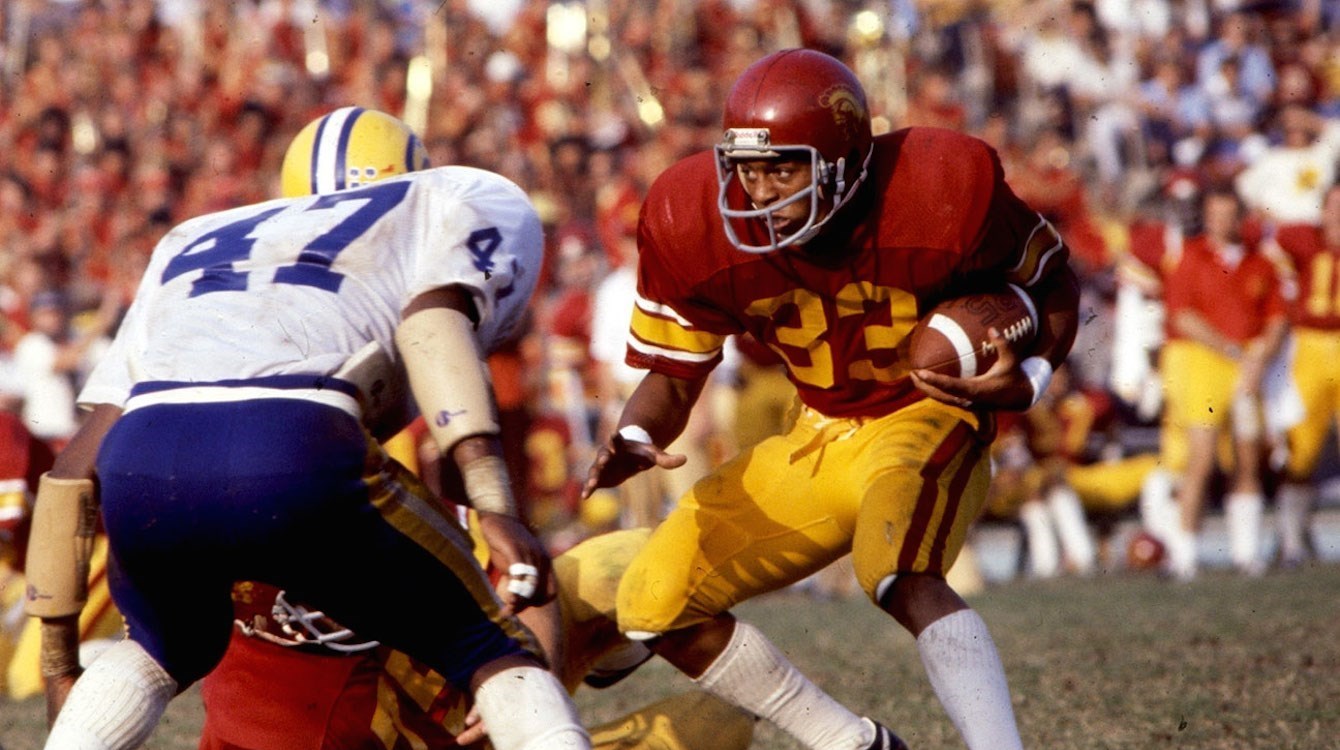 There were many fine Saturdays in Marcus Allen‘s record-breaking 1981 season, which saw the USC tailback become the first player to crack the 2,000-yard rushing barrier. Outside of what Barry Sanders did in 1988, there may be no better individual season in college football history.

Among his 14 records Allen set that year:

Allen came up big at a crucial time for the 6-1 Trojans, who were still hoping to make it to the Rose Bowl. The Cougars were a contender for the Pac-10 title that year, too, after jumping out to a 6-0-1 record. So despite having beaten WSU 57 times in its previous 61 meetings, USC did not take this game lightly.

Indeed, the Trojans and Cougars played it close in the first half, as USC came back from a 7-0 deficit to take a hard-fought 17-10 lead into the locker room behind Allen’s 116 yards. But the Trojans began the second half with a 19-play, 76-yard drive that culminated in an Allen 1-yard plunge and USC never looked back. Allen had three rushing touchdowns and scored another on a reception and the Trojans won going away thanks to a dominating second-half performance.

”Stars make offensive lines, lines don’t make stars,” said Coach Jim Walden of the Cougars told the New York Times afterward. ‘When Marcus cuts, it’s not the line, it’s him. He’s a bona fide great football player. He makes his line. He would be a great running back behind my line, and we’re not as good as theirs.”

Here’s archival footage of the game in black and white, split up by offensive and defensive plays: