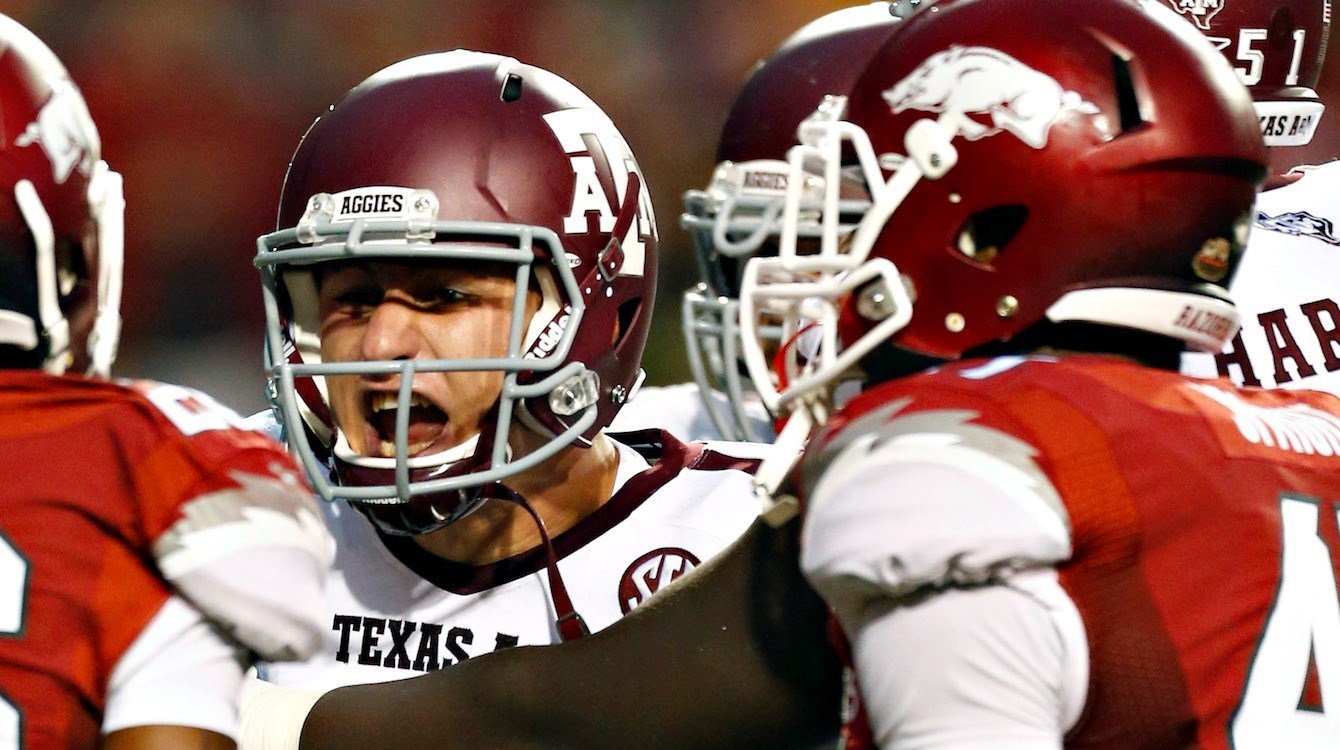 That’s how Johnny Manziel won the Heisman in 2012.

It is now five years since the Texas A&M quarterback burst on the college football scene to become the first freshman Heisman winner.  But the phenomenon that became “Johnny Football” took some time to develop. Also the first Heisman winner to lose his season opener since Johnny Rodgers in 1972, Manziel wasn’t firmly on the Heisman radar until midway through the 2012 season.

But the game that first made him ping on that radar happened on September 29, 2012…this week in Heisman history.

That day, Manziel broke the SEC total offense record co-held by Archie Manning by piling up 557 yards running and passing in a 58-10 pasting of Arkansas. Manziel threw for 453 yards and three touchdowns and also rushed for 104 yards and a score. A game that was 13-10 early in the second quarter became a runaway thanks to the inimitable improvisational style of Manziel, who guide the A&M offense to 716 yards of offense.

This was the first game to really showcase Manziel’s emerging passing skills. He completed 29 of 38 passes (76.3%) and produced a passer rating of 202.51.

Remarkably, Manziel’s 557-yard output would not remain an SEC record for very long, as Manziel topped it with 576 yards against Louisiana Tech just two weeks later. Another 500-plus yard game against Oklahoma in the bowl game made Manziel the only Heisman winner to produce three games of 500 yards or more in the same season.

Ironically, one of his lower outputs of the season — a 345-yard effort against No. 1 Alabama —  is what vaulted him to the top of the Heisman charts.

When it was all said and done, Manziel shattered the SEC record with 5,116 yards of total offense (2010 Heisman winner Cam Newton of Auburn previously held the record of 4,327), which was the 10th best single season effort in NCAA history.

And he had a Heisman Trophy to boot, the first by an Aggie since 1957.