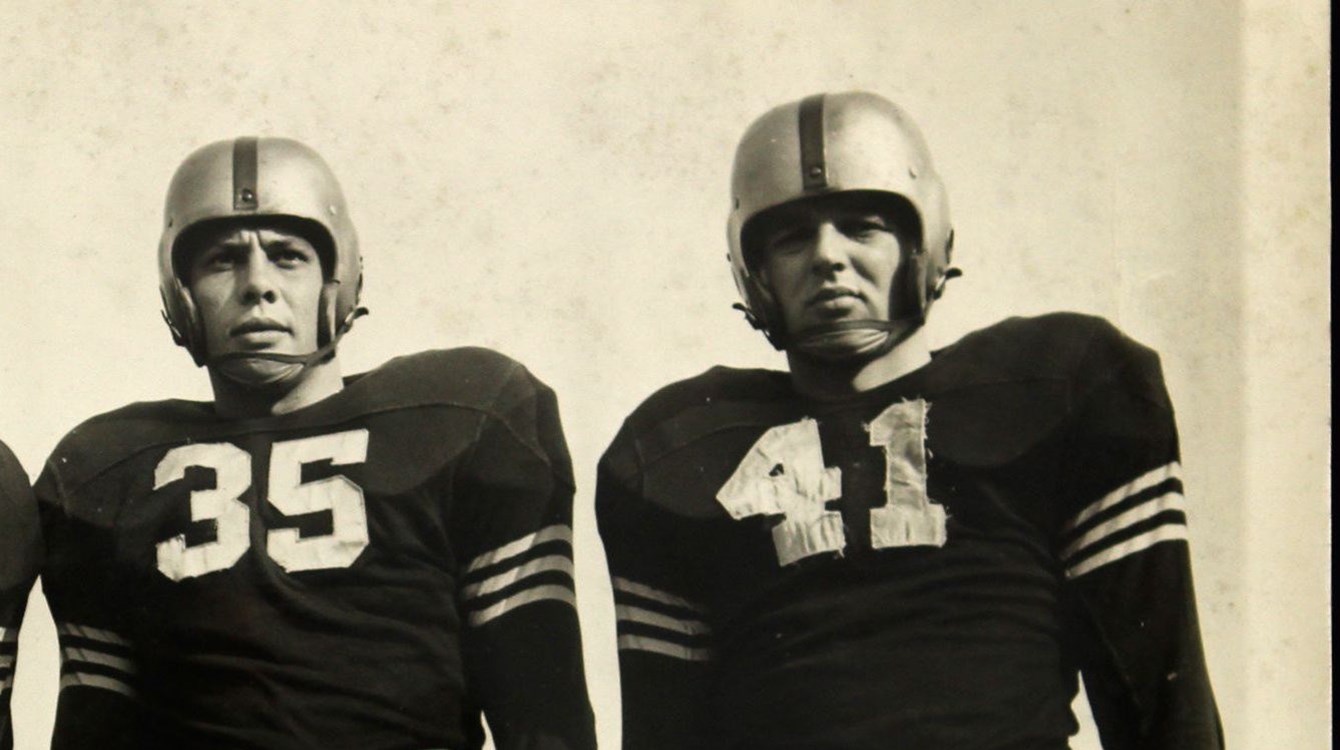 The race for the 1944 Heisman was one of the greatest in the trophy’s history.

No one knew it back then, but this week in Heisman history (75 years ago), the top three finishers in the balloting would each go on to win the coveted award — the only time that’s happened in the Heisman’s 80 years of existence.

It was a star-studded lineup if there ever was one.

Les Horvath won Ohio State’s first Heisman Trophy in ’44 after rushing for a Big Ten-record 924 yards. He also scored 12 touchdowns and threw six touchdown passes as he led the Buckeyes to a perfect 9-0 record.

Army was also 9-0 thanks to its talented backfield duo of Glenn Davis and Felix “Doc” Blanchard. Davis, a sophomore, was the runner up to Horvath. He averaged a remarkable 12.5 yards per play, scored 14 touchdowns rushing (on just 58 attempts), caught four TDs and also threw a touchdown pass. His fellow sophomore teammate, Felix “Doc” Blanchard, placed third while combining for eight touchdowns rushing and receiving.

Blanchard would go on to win the Heisman in 1945 (becoming the first junior to do so), while Davis finally got his trophy in 1946 (he was also the runner up in ’45).

It was the high-water mark for the service academies in the Heisman vote, as five of the top 10 players in the balloting came from Army and Navy. Davis and Blanchard’s teammate, quarterback Doug Kenna, took eighth, while Navy’s Don Whitmire and Bob Jenkins placed fourth and seventh, respectively.