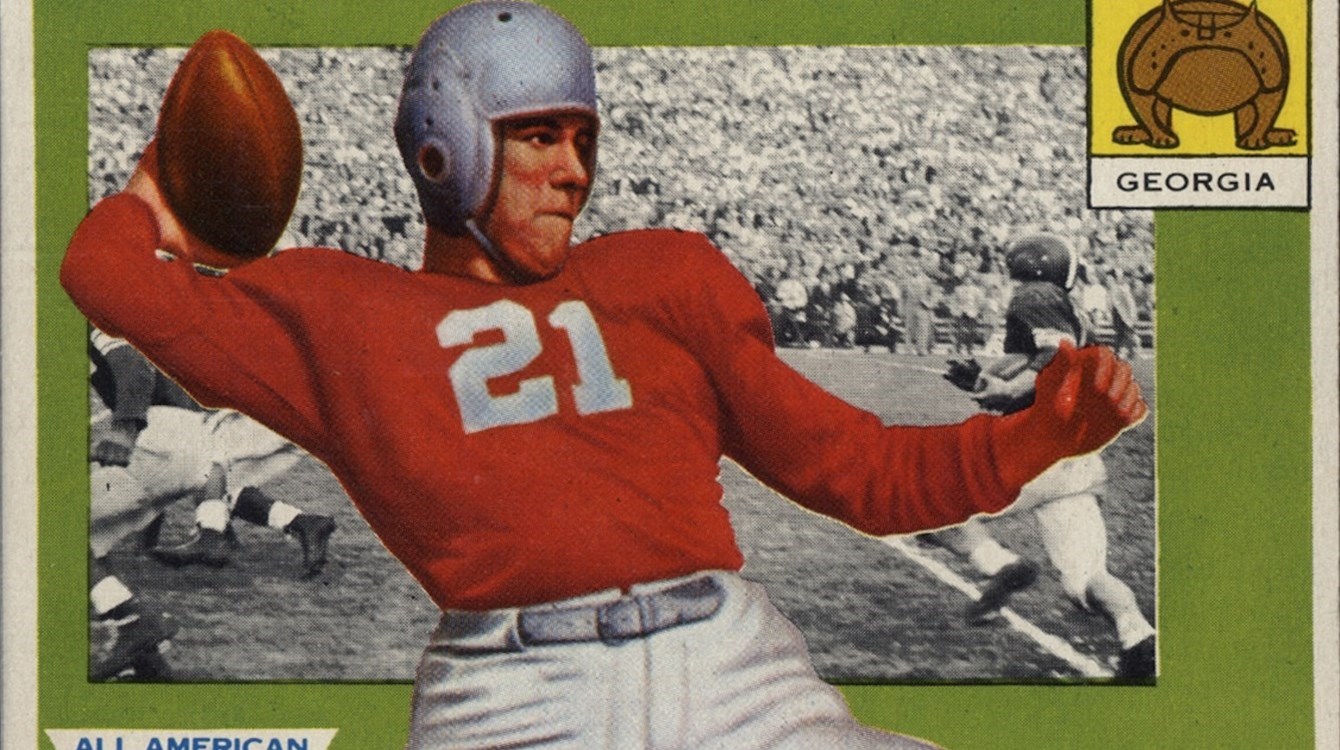 And, this week in Heisman history, “Fireball Frankie” had his most prolific game, combining for five touchdowns and 363 yards of total offense as the Bulldogs downed Cincinnati, 35-13, on Oct. 24, 1942.

The Bearcats had no way to handle Georgia’s backfield of Sinkwich and Lemar Davis that day. The Bulldogs got off to a fast start, jumping out to a 21-0 first quarter lead thanks to two Sinkwich rushing TDs and one Sinkwich scoring toss. The third quarter was no easier for Cincinnati, as Sinkwich broke loose on a 42-yard scoring jaunt that saw him high step into the end zone. No Cincy player laid a hand on him. Later, he connected on a 70-yard touchdown pass to Davis and his day was complete.

In his record-setting senior season with the Bulldogs, he gained 795 yards rushing and set the SEC passing record with 1,392 yards, a mark that stood for eight years. He had 10 passing touchdowns and 16 rushing touchdowns — his 26 total touchdowns would not be surpassed by a Heisman winner until Mike Rozier did so in 1983. Sinkwich also set the SEC total offense record of 2,187 yards that same season as the Bulldogs finished 10-1 and earned a berth in the Rose Bowl.

Before he made it to Pasadena, though, Sinkwich picked up his Heisman Trophy, beating out Paul Governali of Columbia in a landslide. He was the first player from Georgia to win the Heisman.

He was a two-time All-Pro selection with Detroit in 1943-44 but a knee injury in 1945 essentially ended his professional football career. He served as head coach of an Erie, Pa., professional team in 1949 and as head coach at the University of Tampa in 1950-51. He was inducted into the National Football Hall of Fame in 1954 and into the State of Georgia Sports Hall of Fame in 1967.

Sinkwich was inducted into the University of Georgia Circle of Honor in 1996 and is one of only four Bulldog football players to have his jersey retired.