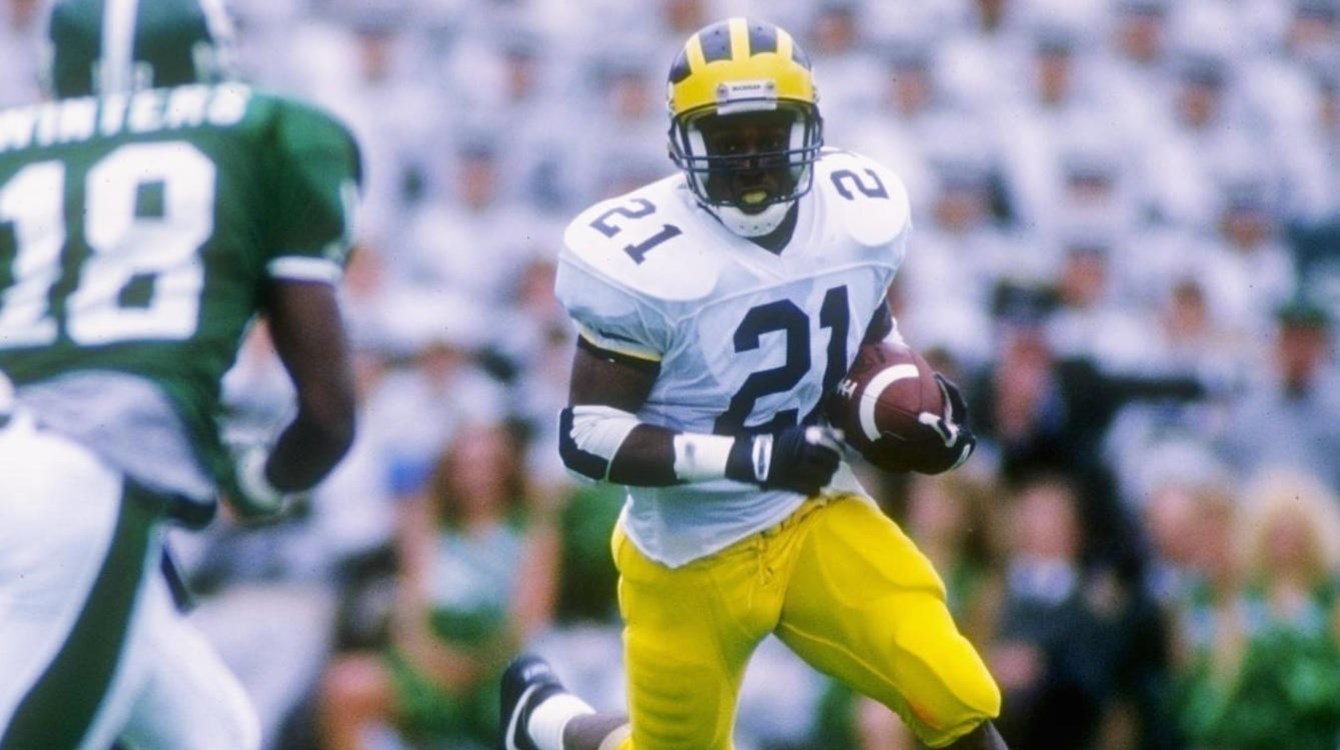 This week in Heisman history Michigan got the better of Michigan State thanks in large part to the performance of wide receiver Desmond Howard.

The junior from Cleveland, Ohio, was off to a fast start that season, catching 21 passes and eight touchdowns in his first four games while also adding a 93-yard kickoff return against Boston College in the opener and a 29-yard rushing TD against Notre Dame.

He got off to a great start against Michigan State, too. It was Howard’s third catch against the Spartans — a 7-yarder from Elvis Grbac — that put the Wolverines up 7-0 on their opening drive of the game. His fourth catch of the game on Michigan’s second drive was good for 12 yards and another score, stretching the Wolverines’ lead to 14-0.

When the dust settled, Howard had a season-best eight catches for 101 yards and two touchdowns. He also rushed once for four yards, returned two punts for 18 yards and two kickoffs for 15 yards. Final score: Michigan 45, Michigan State 28.

Howard continued his torrid scoring pace the rest of the season, finishing with 19 receiving touchdowns on 61 catches for 960 yards. He also finished with two scores on punt and kick returns and two rushing TDs. Altogether, he scored 23 touchdowns on 102 plays.

He went on to win Michigan’s second Heisman in convincing fashion, beating out Casey Weldon of Florida State and returning Heisman winner Ty Detmer of BYU.