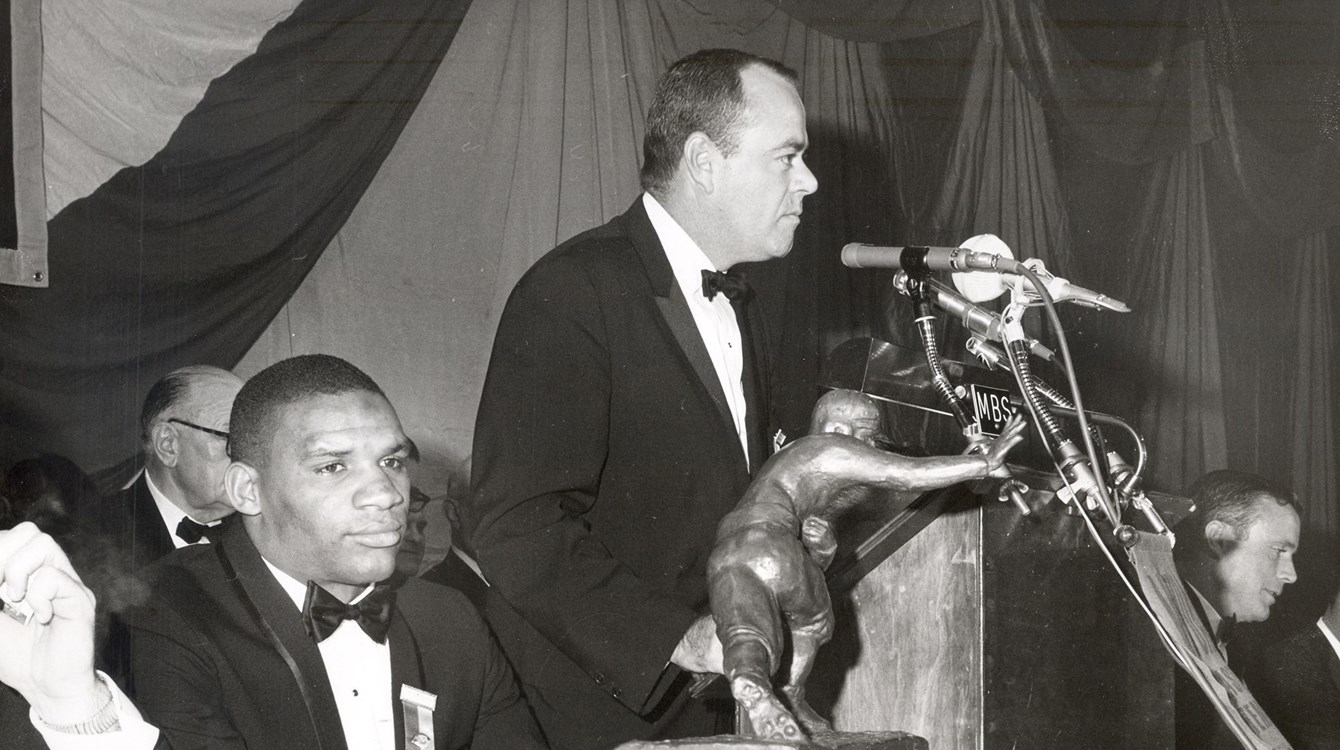 When the 2015 Heisman Trophy winner is announced on Dec. 12, that player will have already played a complete slate of regular season games. His first appearance as a Heisman winner will therefore be in a bowl game (barring injury).

That has been the norm throughout Heisman history, but there have been some exceptions.

Due to the quirks of scheduling and the sometimes random nature of Heisman announcements, 11 players were selected as the Heisman winner with one game left in their regular seasons.  They are:

For the first 30 years or so of the Heisman’s existence, the announcement of the winner took place somewhere between November 25th and December 5th, with the formal Heisman dinner coming a couple weeks later in New York. Most teams had finished playing their regular seasons by then, but there were a few outliers.

For the four Notre Dame winners, the leftover game was due to the practice of playing either USC or Southern Methodist in early December. Staubach and Navy were originally scheduled to play Army on Nov. 23, 1963, but the assassination of President John F. Kennedy postponed the game to Dec. 7.

With the exception of 1967, every Heisman announcement between 1964 and 1971 occured between Nov. 22 and Nov. 26. That meant that Garrett, Spurrier, Simpson, Owens and Sullivan each had the trophy in hand when playing their final regular season contest. From 1972 onward, the announcement came after regular season schedules had been completed.

The last player to compete in a regular season game with a fresh Heisman in tow was Detmer. He was announced as the Heisman winner via satellite just a few hours before BYU played Hawaii on Dec. 1, 1990.

The record of Heisman winners in these leftover games isn’t great. Lujack, Hart, Lattner, Staubach, Garrett and Owens all closed out with victories. Huarte, Spurrier, Sullivan and Detmer lost their games. Simpson’s ended in a tie.