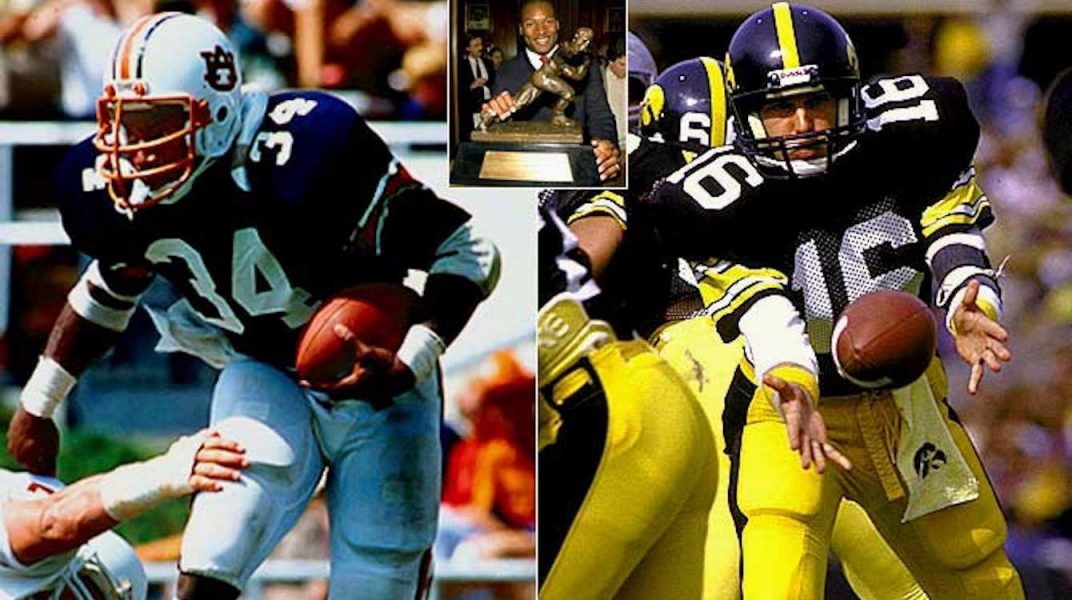 Is the Heisman race narrowing as we reach the final stretch?

We may be headed for a very close Heisman vote. With that in mind, let’s take a look back at the five closest votes in Heisman history:

Ingram beat out Gerhart despite having the fewest rushing yards by a running back Heisman winner since Archie Griffin in 1975. Gerhart had 1,736 yards and 26 touchdowns to Ingram’s 1,542 yards and 15 scores, but Ingram played for an undefeated Alabama team heading for the BCS title game while Stanford was 8-4. A 113-yard three-touchdown performance by Ingram against Florida in the SEC title game served as a counterbalance to Gerhart’s 205-yard, 3-TD outing against Notre Dame. A strong third-place finish by Colt McCoy of Texas also played a factor in the final outcome.

The final margin was 28 points, the closest race in Heisman history. Ingram won five of the six regions with Gehart winning the West. If Gerhart had received 10 more first-place votes, the trophy would be his.

Injuries to Jackson and the magnificient play of Long made this an exceptionallly close race. The Iowa quarterback threw for 2,978 yards and 26 touchdowns as the Hawkeyes finished 10-1 on the year. But Jackson’s 1,786 rushing yards and 17 touchdowns was enough to carry the day, despite Auburn’s 8-3 record. If Iowa hadn’t lost to Ohio State, an undefeated record might’ve been enough to swing the trophy Long’s way.

Jackson and Long each won three regions, with the final margin being 45 points.

Either Davis or Ferguson had the chance to make history as the first black Heisman winner and, in the end, it was Davis who accomplished that milestone. Davis had 823 rushing yards and scored 15 touchdowns while leading Syracuse in pass receiving with 16 catches for 157 yards. The Orangmen finished 10th in the polls with a 7-3 record. Ferguson rushed for 938 yards and 11 scores as the Buckeyes finished 8-0-1 and ranked third.

Both Davis and Ferguson won one region each, with the rest of the vote divided up among Pat Trammel of Alabama, Jimmy Saxton of Texas and Sandy Stephens of Minnesota. The final margin was 53 points.

For all of the success of Notre Dame in Heisman lore, three of the eight closest finishes involved Irish players. Lattner’s victory was the closest, as he beat out Giel of Minnesota by just 56 points. Lattner was a superb two-way player, but he didn’t lead Notre Dame in any offensive categories, rushing for 651 yards while scoring nine touchdowns, catching 14 passes and intercepting four on defense, while averaging 40 yards on kickoff returns.  The Irish finished 9-0-1. Giel was an outstanding single-wing tailback for the 4-4-1 Gophers who went on to become a major league pitcher after his college football days ended.

Crouch remains the only option quarterback to win the Heisman, as he rushed for 1,115 yards and 18 touchdowns and added 1,510 yards and seven scores through the air for Nebraska. The Cornhuskers finished 11-1 and made it to the BCS title game. Grossman threw for 3,896 yards and 34 touchdowns for the 9-2 Gators.  Both players lost their final regular season outing: Crouch in a 62-38 shellacking at the hands of Colorado and Grossman in a 34-32 loss to Tennessee.

Crouch’s 770 points was the fewest by a Heisman winner since Terry Baker won with 707 points in 1962. It’s likely that the 9/11 attacks had some influence on the balloting that year, with fewer votes than usual making it to the Downtown Athletic Club. Crouch won only two of the six regions and beat out Grossman by just 62 points.