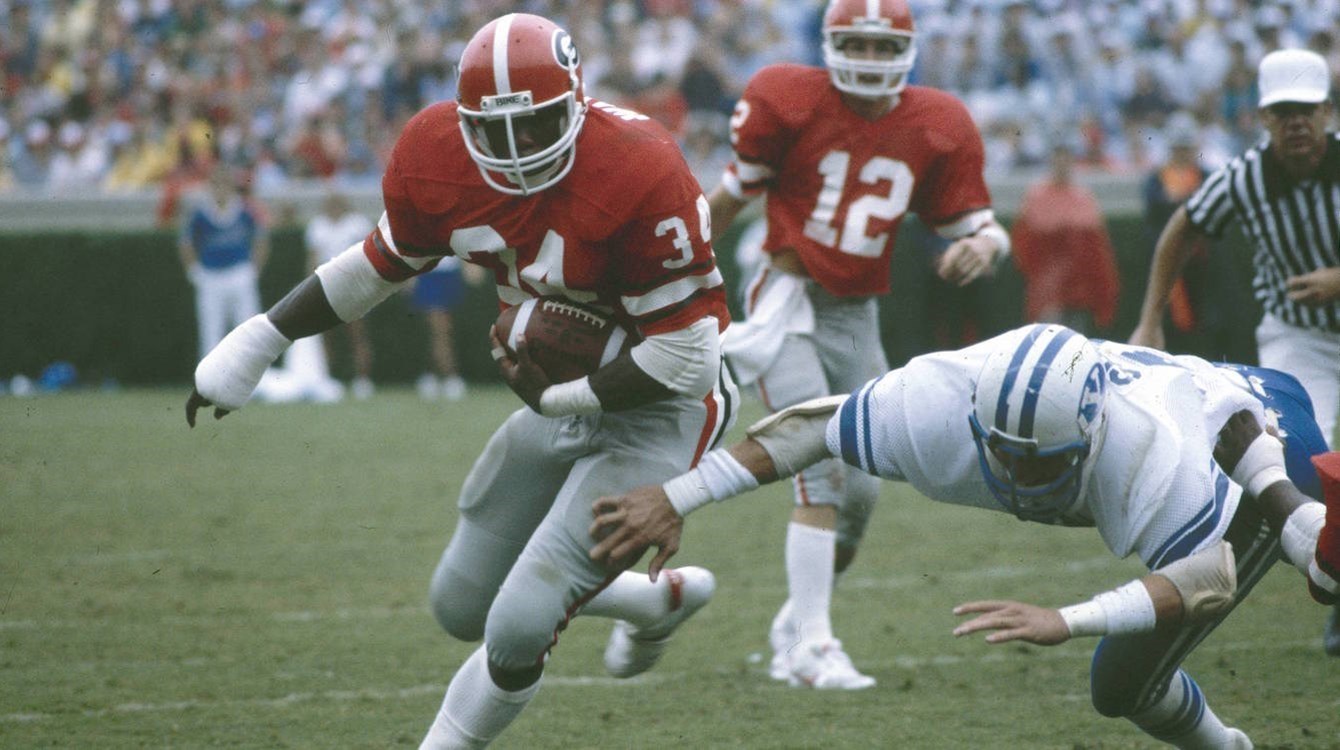 Is everyone enjoying their summer? Don’t get too comfortable — college football season is just around the corner. Magazine stands are filled with preview editions and teams will be reporting to training camp in less than a month.

In other words, it won’t be long before the race for the 2015 Heisman gets underway.

While that sinks in, have a look at the latest happenings in the Heisman world.

Hundreds gathered to pay respects to Texas A&M’s John David Crow following his passing. Here is a link to many tributes to the Aggie great.

Speaking of Crow, Cleveland.com compared and contrasted him with A&M’s other Heisman winner, Johnny Manziel.

Do you like the Nissan Heisman House commercial series? Well, get ready for a new round coming up this fall featuring the new Heisman Trophy winner, Marcus Mariota. He joined several former winners in Los Angeles last week for filming. Here’s a behind-the-scenes highlight, courtesy of Eddie George’s Instagram account.

More on George: LostLetterman.com took a look at his ‘Heisman moment’ against Notre Dame in 1995.

It was reported that Mariota had some objections to a no-surfing clause in his contract, but there are disputes to the validity of this report.

Herschel Walker says he can still play in the NFL, even at 53. What do you think?

“There is not a doubt in my mind, if I played today, I (could) contribute to a team.” — Walker

When he’s not staying ridiulously fit for a 53-year-old, Walker is busy lending his time to good causes. He is scheduled to visit Dothan, Ala., in September for the town’s annual education fundraising event.

Titusville, Penn., is proud of its connection to, John W. Heisman.

As part of a look back at the 10-year anniversary of Hurricane Katrina, the New Orleans Times-Picayune did this feature on 1996 Heisman winner Danny Wuerffel, whose Desire Street Ministries continues to do good work in the Crescent City. From Wuerffel:

“One of the things I learned playing football is you’ve got to do the best that you can and not worry too much what people say, and that’s true in a lot of aspects of life,” he said. “I do know that the amount of energy, time and money that we’ve invested in New Orleans over the past year is considerably more than anybody is aware of, and the amount of energy that we’re putting in to try to get this project through is enormous, and I’ll be really thrilled and really proud of Desire Street and all we’ve been able to do….

Tim Tebow will speak as part of the “God’s Purpose for America” event at Middle Tennessee State’s Murphy Center on July 11.

And finally, it turns out the inventor of modern cheerleading was the head cheerleader when SMU’s Doak Walker won the Heisman in 1948.