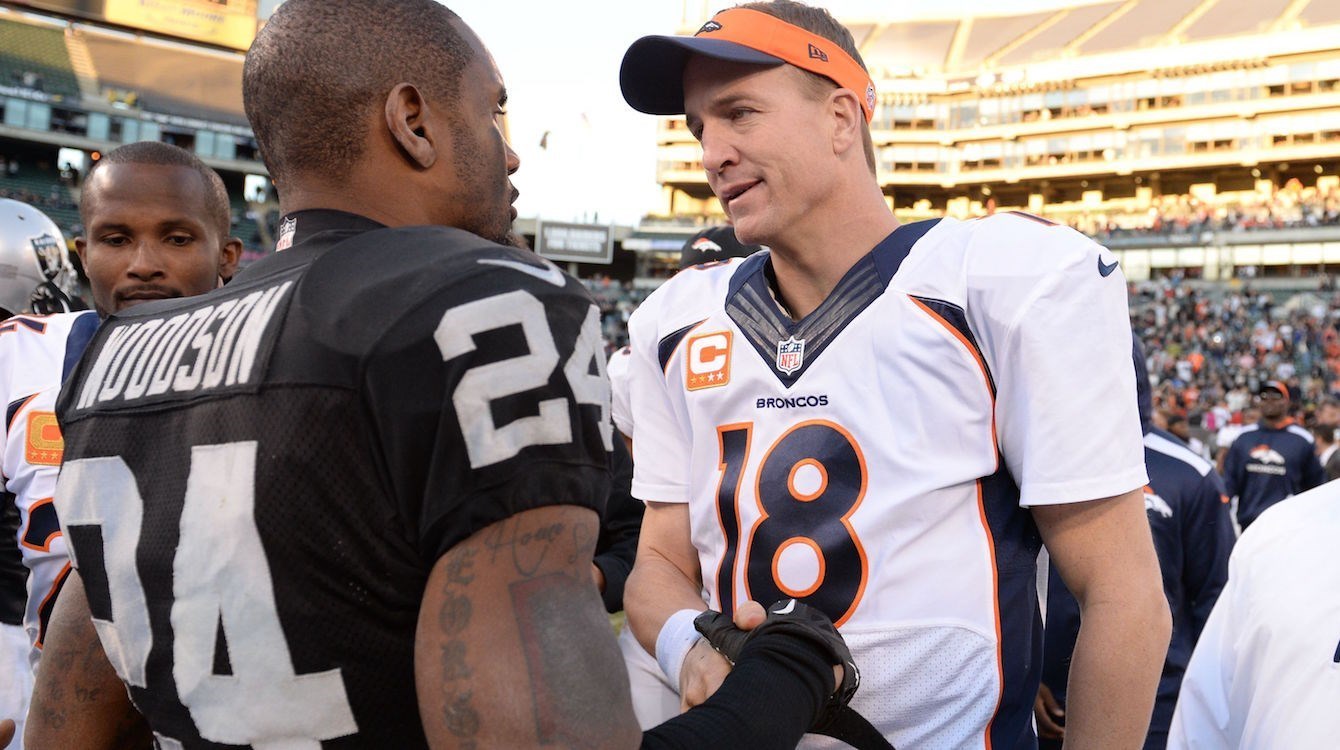 Time for our traditional feature where we round up the latest news and updates from around the media world to help keep you posted on what’s happening with current contenders and past winners.

He didn’t win the Heisman Trophy, coming in second to Charles Woodson in 1997, but 1964 winner Steve Spurrier thinks Peyton Manning, who is retiring after 18 years in the NFL, should have.

Woodson (who is also retiring) and Manning will always be tied together.

The 2011 Heisman Trophy winner, Robert Griffin III, is looking for a new team.

Sports Illustrated’s Zac Ellis wrote about what this year’s Heisman candidates have to improve on to win the Heisman in 2016.

Here are the latest Heisman odds.

CBSSports.com already has its list of Heisman darkhorses for 2016.

The brother of 2016 Heisman runner up Christian McCaffrey is heading to Michigan.

Here are 10 potential Heisman contenders from the 2016 recruiting class.

Jameis Winston and his girlfriend were recently baptized together.

Doug Flutie is trying his hand at Dancing With the Stars.

The sixth annual Tim Tebow Foundation Celebrity Weekend is scheduled for this coming Friday and Saturday at TPC Sawgrass. Heisman winners Archie Griffin and Danny Wuerrfel will also be in attendance. Funds raised from the event will support the Tebow Foundation’s mission.