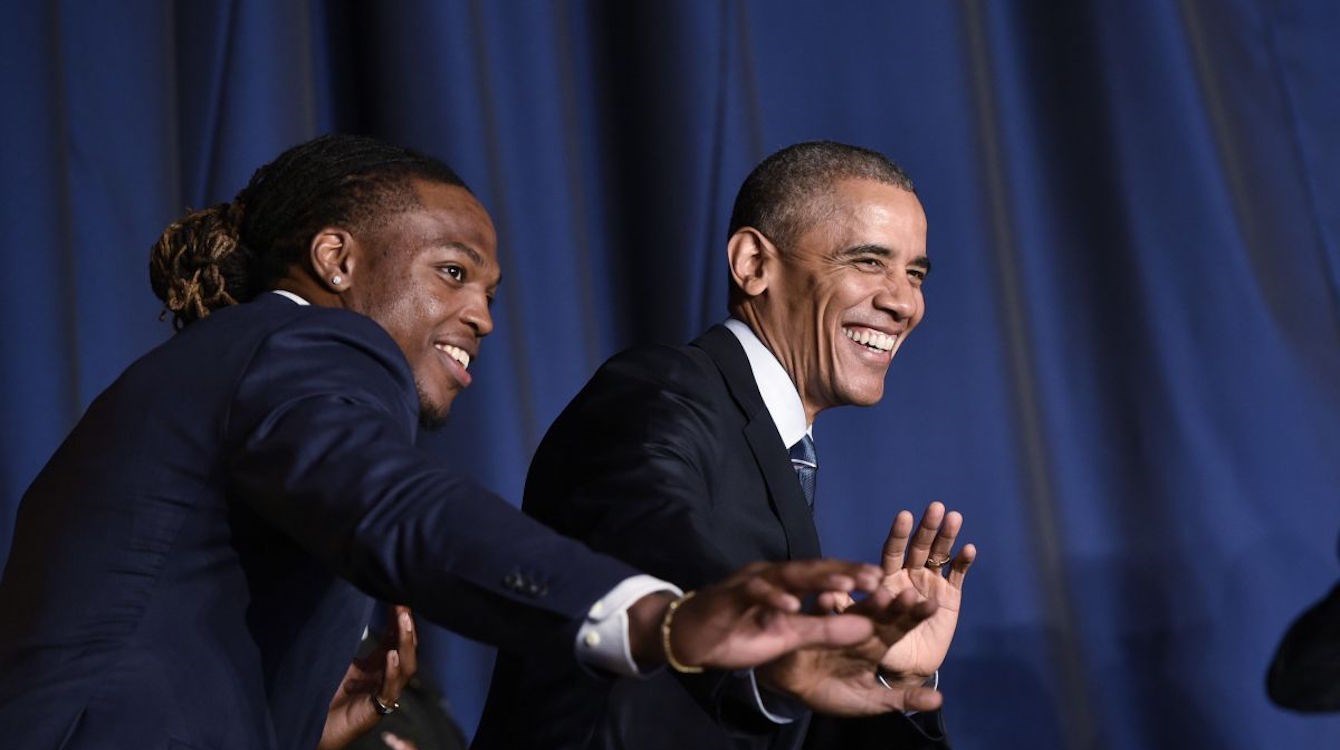 All levels of football have now concluded, so the updates on Heisman.com will be a bit more sparse in the next few months. Still, we’ll keep continuing our traditional feature where we round up the latest news and updates from around the media world to help keep you posted on what’s happening with current contenders and past winners.

Derrick Henry spoke at the National Prayer Breakfast in early February. The breakfast was attended by more than 3,000 people, including President Obama and the First Lady. After his prayer, Obama joined Henry in striking a Heisman pose. Here’s a video of the speech:

Tim Tebow is scheduled to speak at the University of Toledo on Feb. 17 for an event sponsored by Toledo Christian Schools. The event will commemorate the 40th anniversary of the organization.

Campus Insiders shared who it thinks are 10 potential Heisman candidates from the high school recruiting class of 2016.

Cam Newton, the NFL’s MVP, by the numbers.

The Power of the Heisman, Part One: An autographed Heisman Trophy football was raffled off to benefit an Oklahoma high school damaged by a fire.

The only Heisman winner born in South Carolina is profiled here.

Jim Plunkett and fellow Stanford alum Andrew Luck (a two-time Heisman runner up) sat next to each other at a Cardinal basketball game last month.

CBSSports.com also takes a look at 2016.

The Power of the Heisman, Part Two: All four living Heisman Trophy winners from Oklahoma will be together for the first time in the state this month for a very special cause:

Four men who won the Heisman Trophy while playing football at Oklahoma will gather together next month.

Never before has that happened in the state of Oklahoma.

All four of them have been together at Heisman events in New York. There was even a time in Texas when they were all there, though no one thought to snap a photo. But in the state of Oklahoma, Steve Owens, Billy Sims, Jason White and Sam Bradford have never been in the same room.

So what brings them all together? A hoity-toity Heisman event? A fancy-schmancy Sooner shindig?

Actually, a high school football player and a small but tight-knit Oklahoma City suburb determined to take care of one of its own.

Hudson Haws was injured while playing for Bethany last fall, a lunging attempt at a tackle left him with three broken vertebrae in his neck and back. He was paralyzed, facing months of treatments and years of recovery.

But even as fall became winter and the October night that Hudson was hurt got further away, Bethany did not forget him.

The story of how a few dads and moms got OU’s four living Heisman winners together and created Heismans 4 Hud is a testament to the power of community. It is a lesson in love.