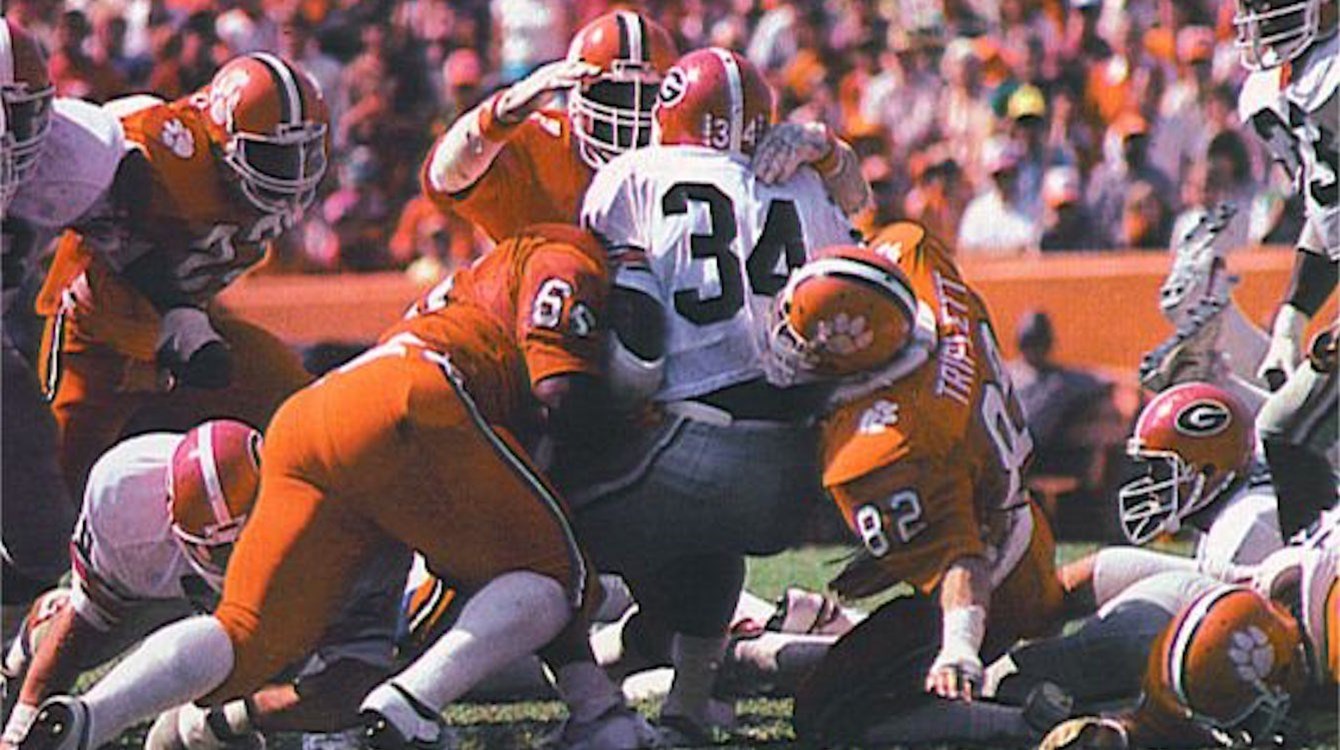 The 2015 Heisman race now enters its 10th week. Continuing our traditional weekly feature on Heisman.com, we’ve rounded up the latest news and updates from around the media world to help keep you posted on what’s happening with current contenders and past winners.

The Heisman race was seemingly upended in week nine, as Alabama held Leonard Fournette to just 31 yards and a touchdown on 19 carries in the Crimson Tide’s 30-16 victory in Tuscaloosa … Meanwhile, the Tide’s Derrick Henry rumbled for 210 yards and three touchdowns to stake his claim in the race … Clemson quarterback DeShaun Watson was stellar in his team’s takedown of Florida Sate, passing for 297 yards and rushing for 107 … Stanford’s Christian McCaffrey had another 100-yard-plus game and threw a touchdown pass as the Cardinal beat Colorado … Trevone Boykin threw for 445 yards and rushed for 73, but had four interceptions in TCU’s 49-29 loss to Oklahoma State … Ezekiel Elliot of Ohio State notched his 14th-straight 100-yard game as the Buckeyes beat Minnesota …Corey Coleman of Baylor had a season-best 11 catches for 216 yards and added two more TDs to his nation-leading total.

So, with two weeks to go until Heisman ballots are sent out and exactly one month to go before the Heisman finalists are announced, it looks like we could have a very close race on our hands. Indeed, the Washington Post says the race is a huge jumble right now … The various media opinions out there back that up: Watson leads in the latest Sports Illustrated watch, while Cleveland.com thinks Elliot might be on top … FoxSports.com has Henry as its leader, followed by McCaffrey … Radio host Paul Finebaum also likes Henry … Dennis Dodd writes that McCaffrey is on pace to break Barry Sanders‘ NCAA record for all-purpose yardage … The Big Lead points out that Tim Brown won the Heisman with just three touchdown catches while Baylor’s Corey Coleman is on pace for 30 … Did Watson have his ‘Heisman moment’ against FSU? … What about Penn State DLCarl Nassib, who leads the nation in sacks and tackles for loss? … Jesse Palmerthinks Dak Prescott should be getting more love in the Heisman discussion.

Somehow in today’s world of instant punditry, the idea has arisen that one bad game automatically disqualifies you from the Heisman race. I’m going to have a more in-depth look at this notion tomorrow, but for now, consider the following games from past Heisman winners:

There are many more to cite but, last I checked, each one of these players went on to win the Heisman. The point in all this is that Heisman voters tend to look at the season as a whole when considering candidates, not just the results of one week. So, despair not LSU and TCU fans, we have a long way yet to go!

Interested in attending the 81st Heisman dinner? Want to witness college football history in person? You can buy tickets here.

* Cam Newton had another strong outing, passing for 297 yards and three TDs and rushing for 57 yards and a score as the Panthers remained undefeated with a 37-29 win over the Packers.
* Marcus Mariota returned to action after missing two weeks due to injury and had the best game of his young career, throwing for 371 yards and four touchdowns with no picks on 28 of 39 passing as the Titans beat the Sainst, 34-28.
* Sam Bradford went 25 of 36 for 295 yards and a touchdown as the Eagles beat the Cowboys, 33-27.
* Johnny Manziel made some strides for the Browns, completing 15 of 33 for 168 yards and a touchdown, while rushing for 31 yards on four carries as Cincinnati beat Cleveland, 31-10.
* Mark Ingram rushed for 54 yards on 22 carries and caught four passes for 42 yards as the Saints fell to the Titans, 34-28.
* Jameis Winston was 19 of 36 for 249 yards, with 24 yards and a TD on the ground as Tampa Bay lost to the Giants, 32-18.
* Charles Woodson had eight tackles as the Raiders lost to the Steelers, 38-35.
* Carson Palmer and the Cardinals had a bye.

“I realized my vote wasn’t a true value vote,” Jackson says. “I had gotten old, I didn’t go and see as many players and as many games, and I wanted to be fair.”

Heisman song of the week

Some creative Oklahoma fans have created a Heisman song campaign for Oklahoma quarterback Baker Mayfield, which is sung to the tune of “Shut Up and Dance” by Walk the Moon. Here is the full song from YouTube.