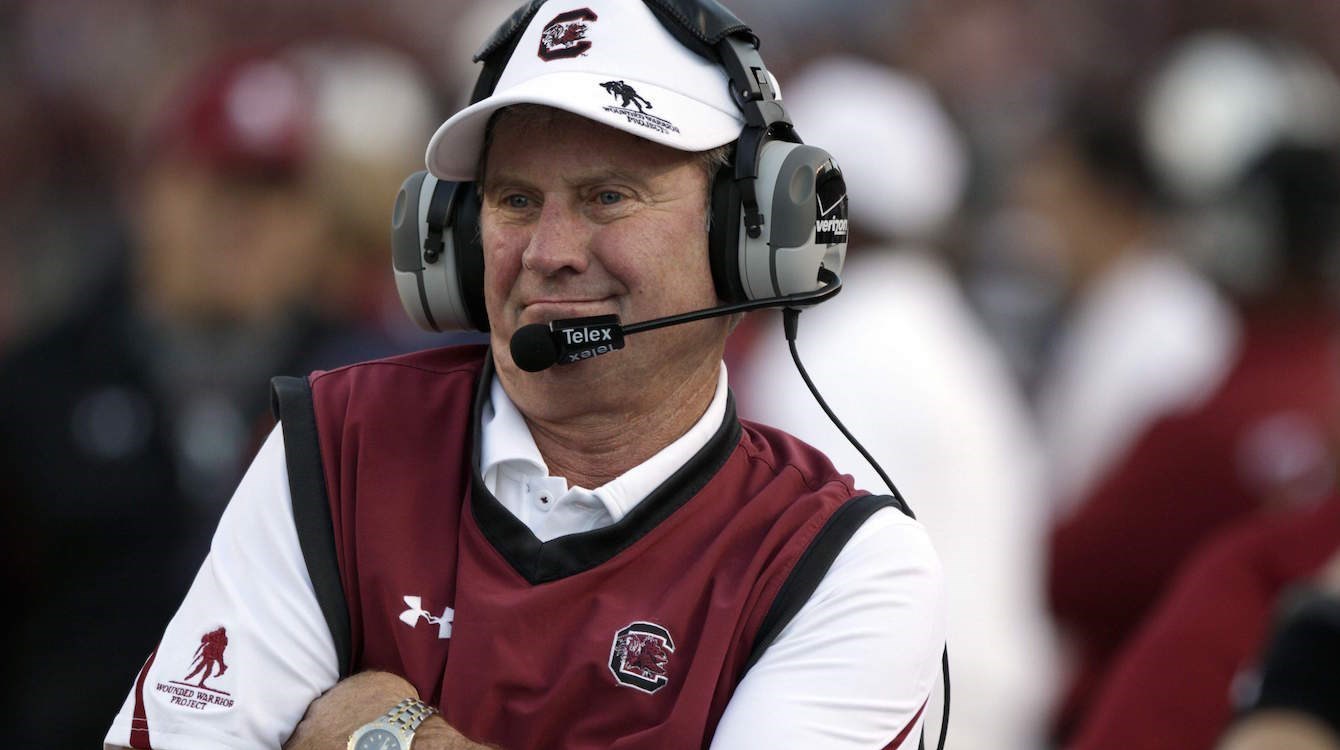 The 2015 Heisman race now enters its seventh week. Continuing our traditional weekly feature on Heisman.com, we’ve rounded up the latest news and updates from around the media world to help keep you posted on what’s happening with current contenders and past winners.

The Heisman race is halfway over and LSU running back Leonard Fournette continues to lead most of the media lists … Sports Illustrated has Fournette atop its watch, as does the Washington Post and FoxSports.com … For the time being, TCU’s Trevone Boykin looks to be Fournette’s main competition, as he is No. 2 in most outlets after totaling 5 TDs against Iowa State … The Waco Tribune sees Baylor wide receiver Corey Coleman as a legitimate candidate. The junior has 16 touchdown catches through six games … Baylor quarterback Seth Russell also deserves consideration, according to the Austin-American Statesman … Stanford running back Christian McCaffrey is also getting some buzz after racking up 369 all-purpose yards and 4 TDs against UCLA …  The Montgomery Advisor says that Alabama’s Derrick Henry is the favorite to win after rushing for 236 yards against Texas A&M … FSU’s Dalvin Cook deserves more attention, says ESPN … Houston QB Greg Ward is a darkhorse candidate, writes the Houston Chronicle.

Farewell to the Ol’ Ball Coach (for now)

It was the end of an era last week as 1966 Heisman winner Steve Spurrierannounced his resignation as head coach at the University of South Carolina. Spurrier finishes this stage of his career with an all-time college coaching record of 228–89–2.  He is the only Heisman winner to coach another Heisman winner and is the all-time wins leader at both South Carolina and Florida. In his honor, here is a list of 11 of his most memorable quotes and a tribute video from ESPN:

Tim Brown was honored (along with Jerome Bettis) prior to the USC – Notre Dame game this past weekend for his induction into the College Football Hall of Fame … 1987 Heisman finalist Gordie Lockbaum of Holy Cross is now the Vice President of an insurance company … Donald Trump has a connection to Heisman Trophy winner Doug Flutie … Ricky Williams will be honored by Texas before the Kansas State game for his induction into the Hall of Fame … Cam Newton for MVP? … 2003 Heisman runner up Larry Fitzgerald said he wouldn’t trade places with Jason White despite losing the Heisman to the Oklahoma quarterback:

“I didn’t earn it,” Fitzgerald said. “It’s very, very simple. You got to play better when you have your opportunities. And team success always helps too.”