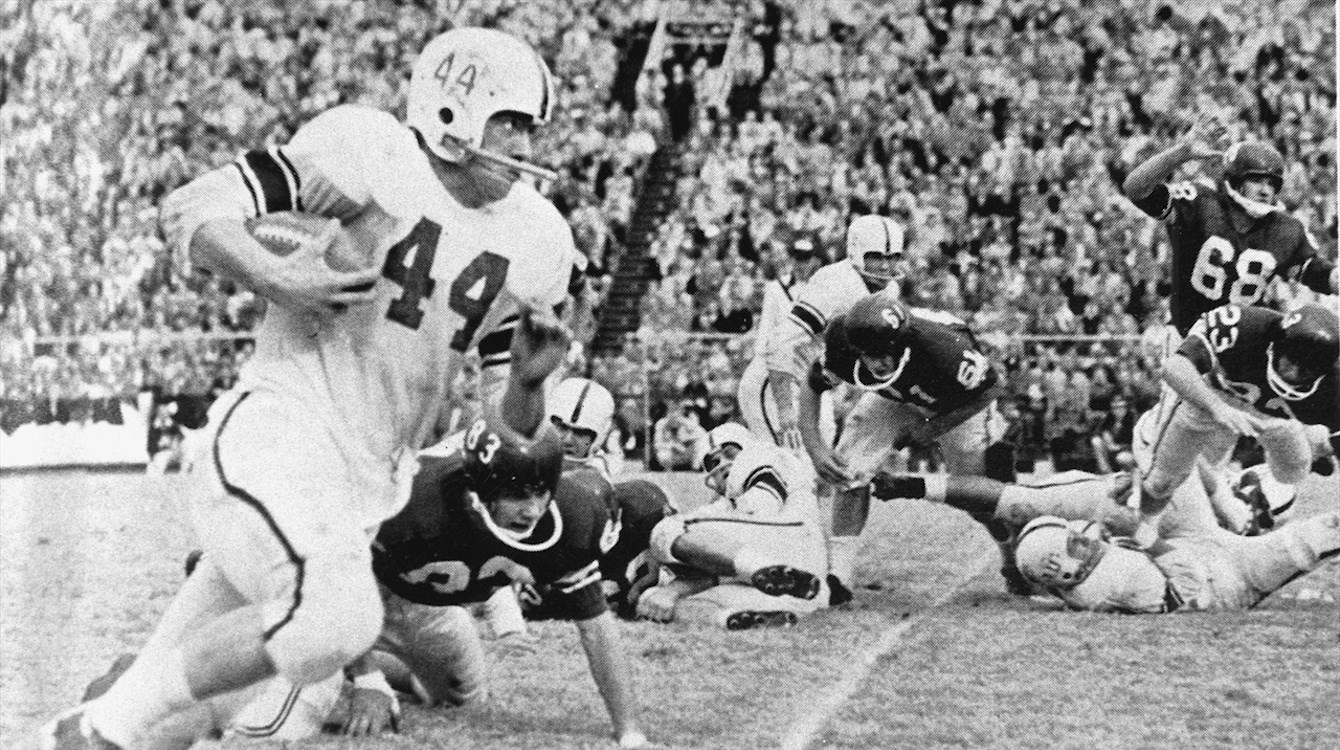 While Thanksgiving weekend as a whole has traditionally served as a prime showcase for prospective Heisman winners, the holiday itself has not been very kind to Heisman over the years.

Through the years, just four players were scheduled to play on Thanksgiving Day during their Heisman-winning seasons. As it turns out, only two were able to do so and both came away with losses.

In 1943, Notre Dame was 9-0 on the year before it headed to Chicago to spend Thanksgiving playing the recruits at Great Lakes Naval Training Station. Eventual Heisman winner Angelo Bertelli, the first Fighting Irish player to win the award, was called up by the Marines after the sixth game and missed the rest of the season, including the finale against GLNT. The 1947 winner, John Lujack, played in his place and scored a touchdown, though GLNT beat Notre Dame that day, 19-14, to spoil the Irish’s perfect season. The winning score came with 30 seconds to play.

In 1957, John David Crow was on his way to Texas A&M’s first Heisman when the 7-1 Aggies hosted the 5-3-1 Longhorns on Thanksgiving Day. Crow caught a 57-yard pass to set up his team’s only touchdown (which he also scored) as A&M lost, 9-7, in a defensive struggle. Crow ended up beating out Iowa’s Alex Karras for the Heisman anyway.

In 1972, Oklahoma got revenge for its loss to Nebraska in the previous season’s ‘Game of the Century’ (also played on Thanksgiving) Johnny Rodgers was held to a season-low in receiving yards (41) and all-purpose yards (99) as the Sooners came back from a 14-0 deficit to win, 17-14. Rodgers still won the Heisman over OU’s Greg Pruitt a couple weeks later.

And, in 1986, Vinny Testaverde fell off his motor scooter on his way home from a team meeting and was forced to miss Miami’s regular season finale against East Carolina, won by the Hurricanes, 36-10. It had little to no effect on his eventual landslide Heisman victory.

While none of these losses or missed games on Thanksgiving ended up costing these players the trophy, the lesson for Heisman winners is clear: Beware the fourth Thursday of November!