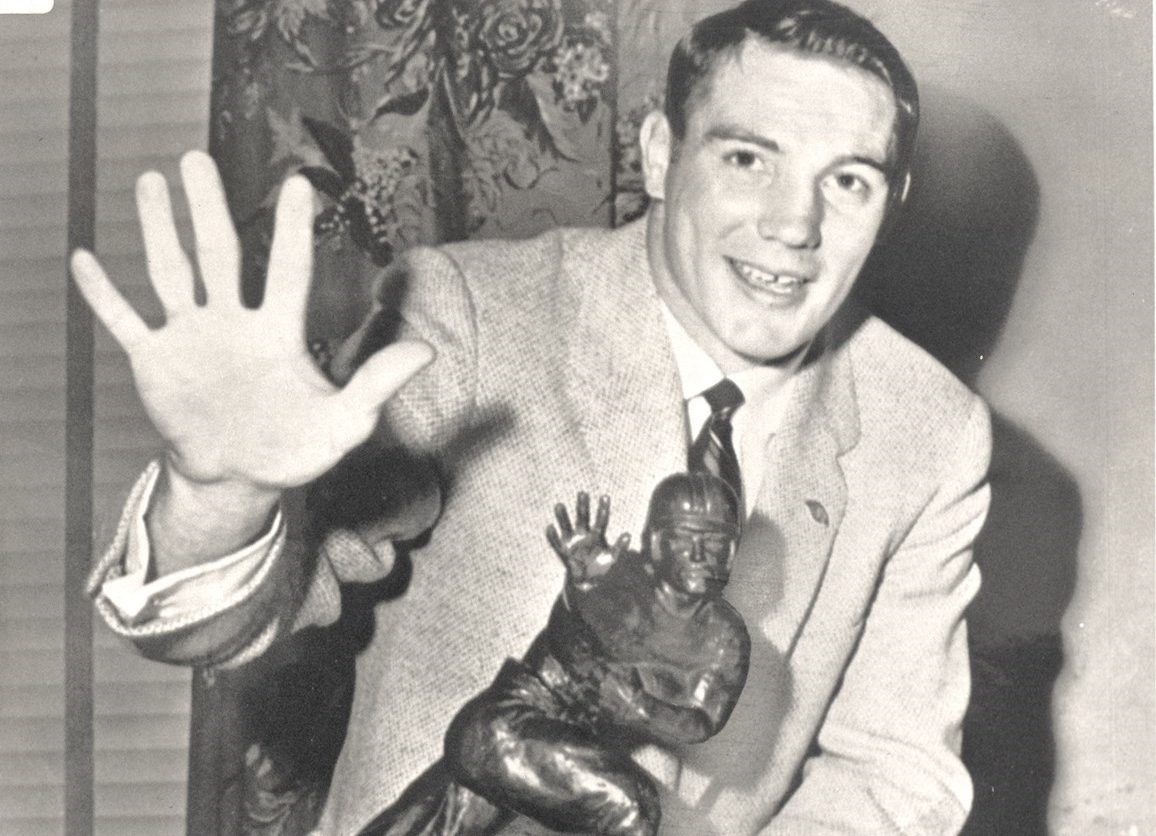 Howard “Hopalong” Cassady, the 1955 Heisman winner from Ohio State, passed away in Tampa on Friday (Sept. 20) at the age of 85.

“The Heisman Trust extends its deepest condolences to Hop’s wife, Barbara, and their family,” said Trust President William J. Dockery. “Hop was a treasured member of the Heisman family.”

“We’ve lost not only a legendary Buckeye, but also a wonderful person in Hop Cassady,” Ohio State athletic director Gene Smith said in a statement. “He was an all-time great Buckeye in every way. We will have the Cassady family in our thoughts and in our prayers.”

Cassady will be honored Saturday at Ohio Stadium during Ohio State’s game against Miami (Ohio).

Born in Columbus, Ohio, Cassady attended Central High. Ohio State was in his blood — as a boy, he would sneak into Ohio Stadium to watch the Buckeyes play — so there was little doubt about what college he would attend.

It didn’t take OSU fans long to realize why Cassady was something special. In his first collegiate game, the season opener against Indiana in 1952, the 150-pound freshman came off the bench to score three touchdowns and lead the Buckeyes to a 33-13 victory. From then on, “Hop” was a regular in the OSU lineup, playing in 36 of a possible 37 games and leading the Buckeyes to a combined record of 29-8 during the next four years. In 1954, Cassady won unanimous All-America honors and helped the Buckeyes to a perfect 10-0 record and the first of five national championships for Coach Woody Hayes.

Cassady again won All-America acclaim in 1955, when he rushed for 958 yards and 15 touchdowns. At the end of the year, Cassady’s list of accolades included the Heisman Trophy and recognition by the Associated Press as the 1955 Athlete of the Year. Cassady, who also was an outstanding defensive back, finished his collegiate career with 2,466 rushing yards. He also played baseball at OSU, starting at shortstop for three years.

After graduation, Cassady was a first round pick of the Detroit Lions. He played defensive back with Detroit, Cleveland and Philadelphia before retiring in Tampa. His jersey number 40 was retired Nov. 18, 2000.