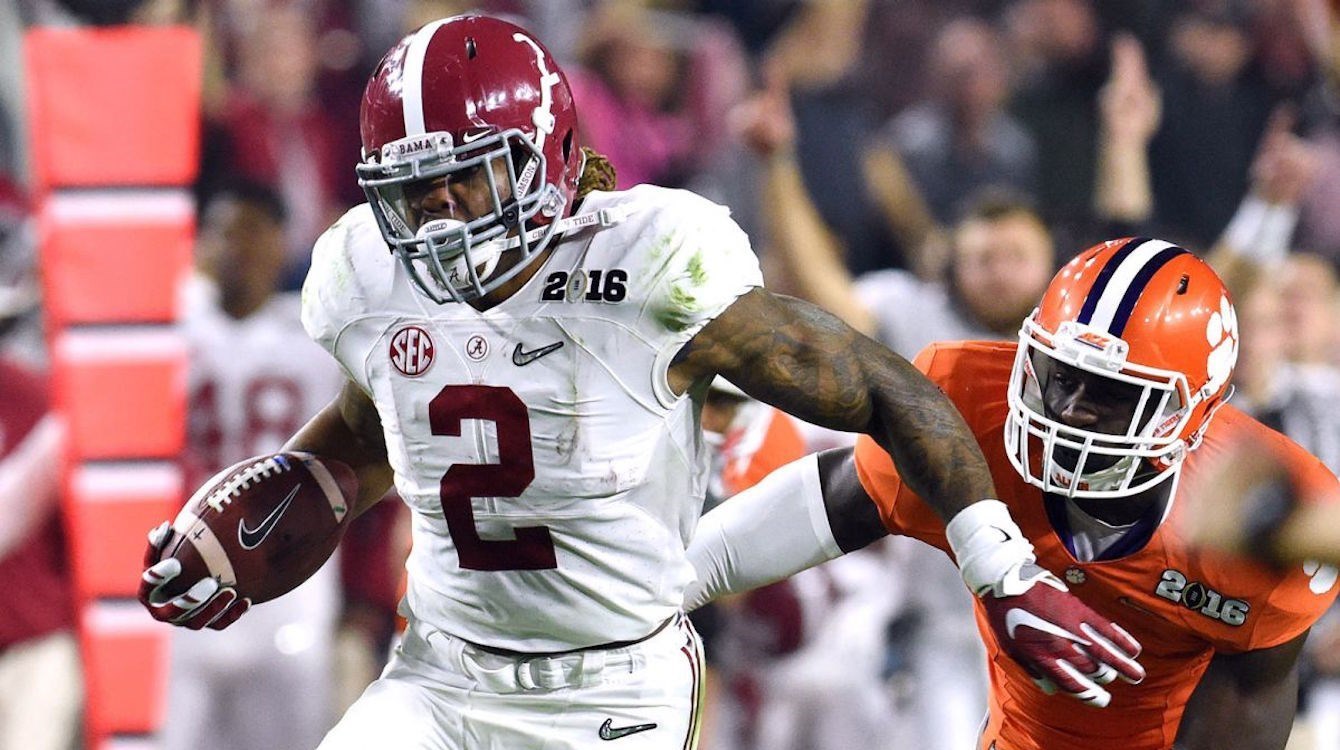 Derrick Henry rushed for 158 yards and three touchdowns on 36 carries in Alabama’s 45-40 victory Clemson in the College Football Playoff title game on Monday night to become the 15th player in NCAA history to win a Heisman Trophy and a national title in the same season.

Henry finished up his junior year with 2,219 yards and 28 touchdowns in 15 games. His 158 yards against the Tigers was the most by a Heisman running back in a national-title-deciding game since Tony Dorsett ran for 202 yards against Georgia in the 1977 Sugar Bowl.

Clemson quarterback Deshaun Watson, who placed third in the Heisman vote, threw for 405 yards and four touchdowns and also added 73 yards on the ground but it was not enough to overcome the Tide.

Teams with Heisman winners are now 9-12 in bowl games with at least a share of the national title on the line.

Derrick Henry with Mark Ingram after the game