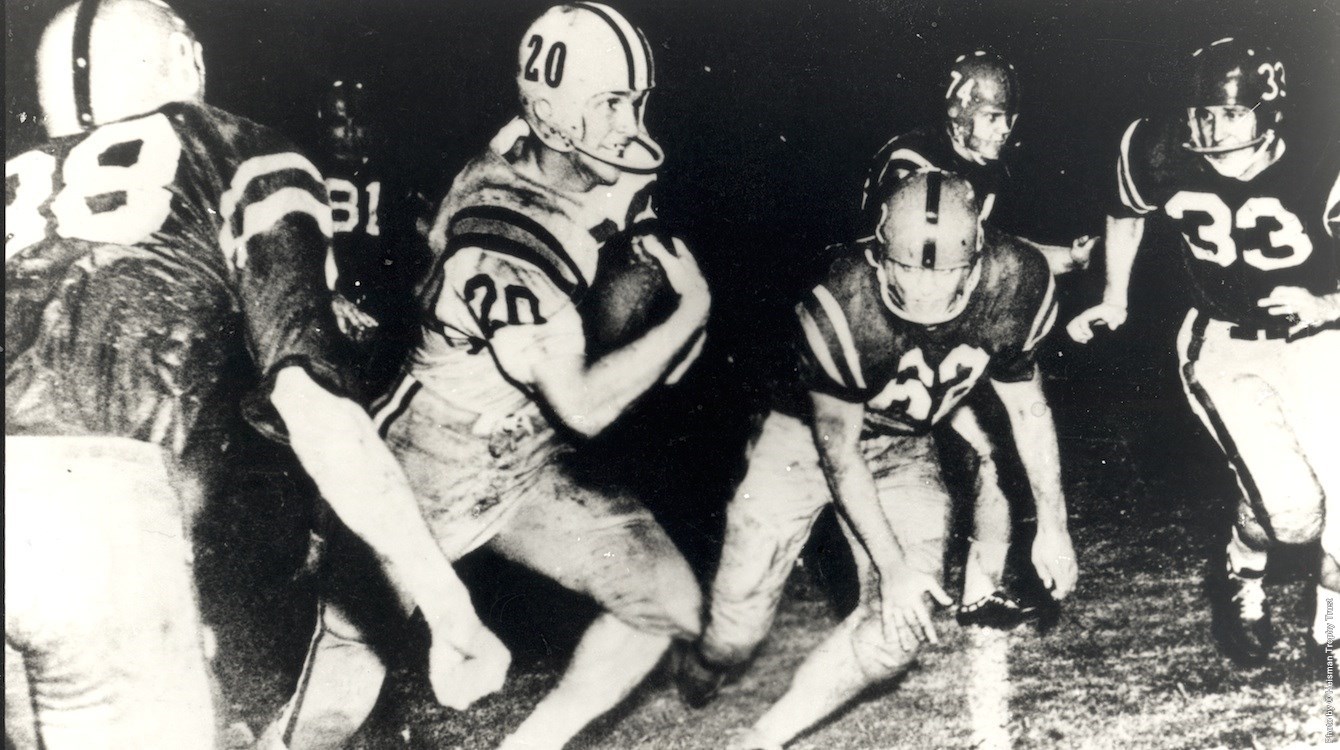 The punt return is one of the most exciting moments in football. It has the potential to shift a game’s momentum in dramatic fashion and, when a lone returner manages to defeat the coverage hurtling his way at breakneck speed, it often reveals a big of magic in that player’s constitution.

It’s been almost 20 years since a Heisman winner returned a punt for a score. Woodson’s effort against Ohio State was the most recent.

This return is most famous for the pose that Howard struck at the end.

Sanders’ punt return TD came just one game after he took a kickoff back for a score.

Brown is one of two Heisman winners to return two punts for touchdowns in the same game. He holds the record for most Heisman punt return touchdowns with three.

His most famous punt return came against Oklahoama in 1971, the year before he won the Heisman.

Arguably the most famous punt return in SEC history.