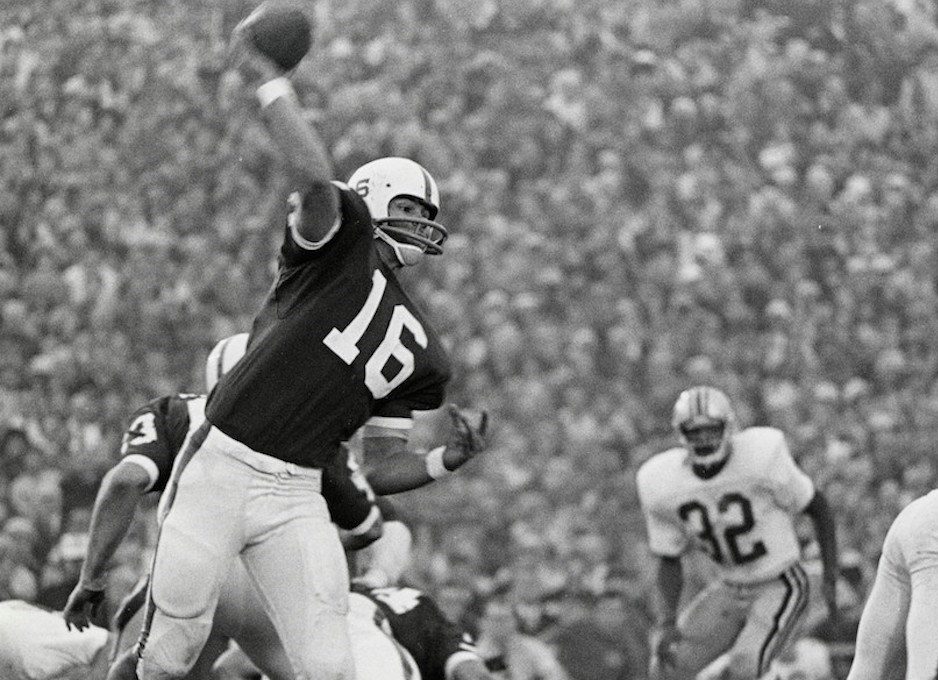 Have a look back on how past Heisman winners fared when playing on Halloween (in their Heisman-winning seasons).

1959
Easily the most famous Heisman moment on Halloween as Billy Cannon‘s 89-yard punt return sunk No. 3 Ole Miss, 7-3. Cannon rushed 12 times for 48 yards in that game and had three punt returns for 120 yards.  Here’s a video look at the game:

1936
Yale lost to Dartmouth, 11-7, making Larry Kelley‘s Heisman-winning season the only one to feature a loss on Halloween.