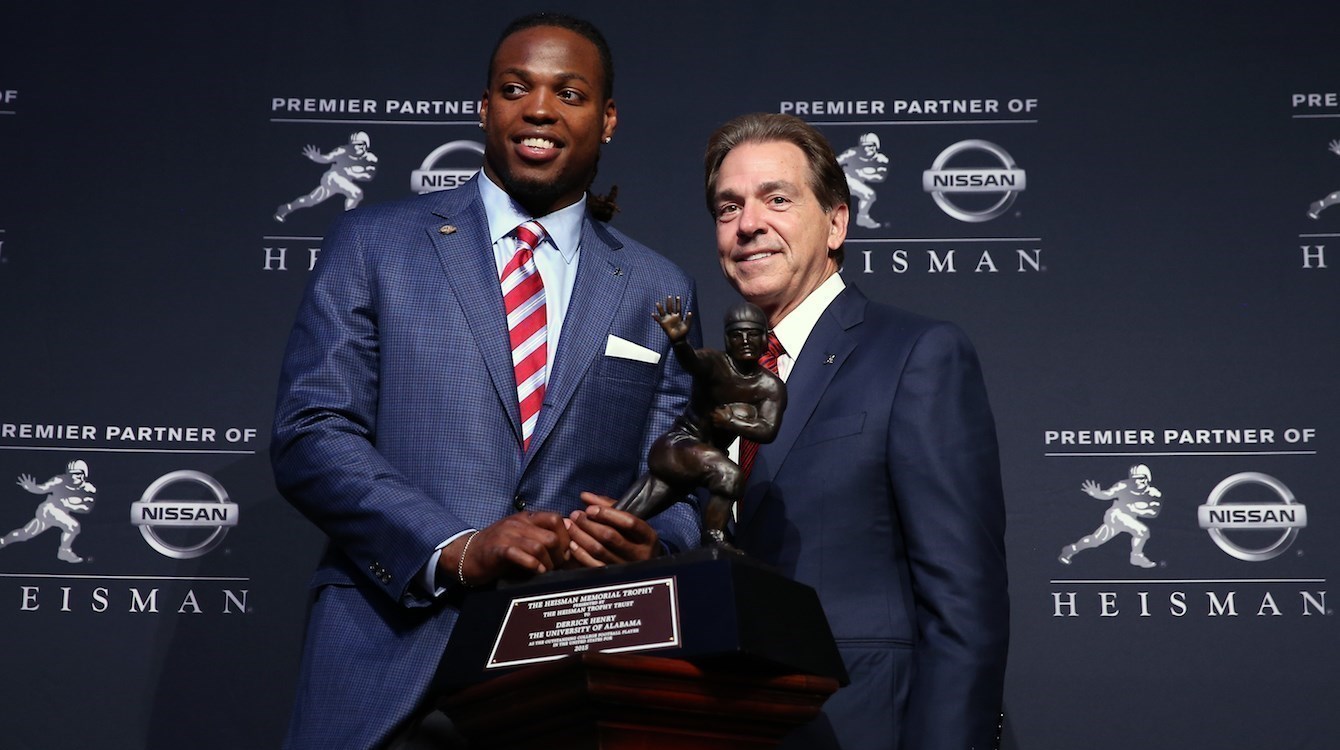 Derrick Henry of the University of Alabama was selected on Saturday (Dec. 12) as the 81st winner of the Heisman Memorial Trophy, an award presented annually by the Heisman Trophy Trust to the most outstanding player in college football.

The Crimson Tide junior was announced as the 2015 winner of the prestigious honor at the end of ESPN’s live broadcast of the Heisman ceremony from Manhattan’s PlayStation Theater.

Henry is the second Alabama player to win the Heisman, joining 2009 winner Mark Ingram. He is also the first running back since Ingram to win and just the second since Ron Dayne won in 1999.

The 6-3, 242-pounder from Yulee, Fla., set an SEC single-season-record in 2015 with 1,986 rushing yards. He also tied the conference mark for rushing touchdowns with 23. His rushing yardage total led the nation, as did his number of rushing attempts (339). He was just the third running back in SEC history Herschel Walker and Bo Jackson being the others) to have four 200-yard games in a single season. Henry led No. 2 Alabama (12-1) to its second-straight College Football Playoff berth. He and the Crimson Tide are set to take on No. 3 Michigan State on New Year’s Eve.

Ballots were emailed to 870 media personnel across the nation plus 58 Heisman winners and one fan ballot, for a total of 929 electors.  The ballots were received and tabulated by the independent accounting firm of Deloitte & Touche LLP.  Henry polled 1,832 points to capture the award over Christian McCaffrey of Stanford (1,539 points), and Deshaun Watson of Clemson (1,165 points).  The point total is reached by a system of three points for a first place vote, two for a second and one for a third.

Henry will be officially inducted into the Heisman family at the 81st annual Heisman Memorial Trophy Dinner Gala on Monday evening, December 14, 2015, at the Marriott Marquis in New York.