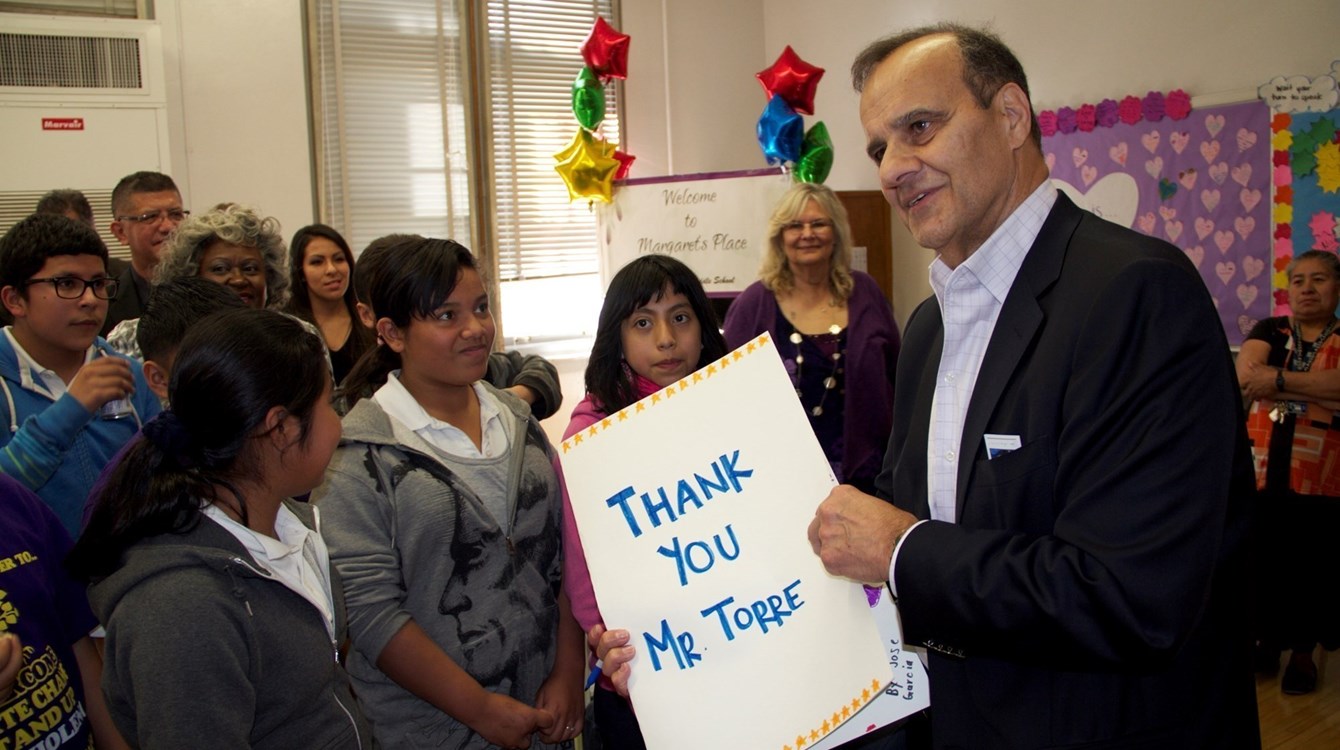 HALL OF FAME CATCHER AND MANAGER JOE TORRE NAMED 2014 HEISMAN HUMANITARIAN
Torre to be honored at Heisman Gala in December for his work in giving hope to the victims of domestic violence and their families.

NEW YORK, NY (November 25, 2014) – The Heisman Trophy Trust has named former MLB player and manager Joe Torre as the eighth Heisman Humanitarian Award winner, in recognition of his tireless dedication to ending the cycle of domestic violence through his Safe At Home foundation.

In addition to honoring the outstanding college football player of the year, the Heisman Trust’s mission is to provide opportunities for underprivileged and underserved children and families in communities across the country. Since the Trust assumed stewardship of the Heisman Trophy in 2002, it has donated over Seven Million Dollars to more than one hundred fifty (150) charities throughout the United States. The Trust established the Heisman Humanitarian Award in 2006 as an extension of those charitable endeavors, looking to recognize figures in the world of sports who give significantly of themselves to improve the lives of others.

Born and raised in Brooklyn, NY as the youngest of five children, Torre was drafted almost immediately out of high school by the Milwaukee Braves in 1960. He emerged as Milwaukee’s full-time starting catcher in 1963, and over the next decade established himself as one of the best hitters in baseball. Torre slugged 36 home runs in 1966, led the league in hits en route to the NL MVP as a member of the Cardinals in 1971 and made nine All-Star appearances in his career.

As his playing days wound down, Torre didn’t stray far from the diamond, becoming manager of the Mets upon his retirement from the team in 1976. Successful managerial stops in Atlanta and St. Louis followed, but it wasn’t until he came back home that Torre would etch his name into baseball history. George Steinbrenner hired Joe to lead the 1996 Yankees after years of futility for baseball’s most successful franchise, and Torre immediately led New York to a World Series title. Three more championships would follow in ’98, ’99 and ’00, making Torre just the fifth manager to win four Fall Classics. In all, he made the playoffs in each of his 12 seasons in pinstripes.

Off the field, however, Torre was harboring a dark secret: He had spent much of his childhood in fear, as his father, a NYPD police officer, emotionally and physically abused his mother. No one in his community had known, or at least said anything. After years of frustration and silence, Torre finally began to talk openly about his family history in 1997; as a witness to years of domestic violence, he wanted to educate children about the issue and ensure that they would never feel as helpless or scared as he had as a boy.

The Joe Torre Safe At Home Foundation was created in 2002 by Joe and his wife, Ali, as a result of the impact that domestic violence had on Joe growing up as a child. It was their hope to bring a greater understanding, awareness and compassion to those suffering through the experience of domestic abuse. Its mission is to educate to end the cycle of domestic violence and save lives. In 2005, the Foundation established its signature programming initiative, Margaret’s Place, named in memory of Joe’s mother. Margaret’s Place is a comprehensive program that provides students with a safe room in school where they can meet with a professional trained in domestic violence intervention and prevention. There are currently Margaret’s Places in the Los Angeles, New Jersey, Westchester and New York City areas.

“I am honored to be the recipient of the 2014 Heisman Humanitarian Award and to join such an esteemed group of past winners,” Torre said. “Most importantly, the Heisman Trust’s generous contribution will help the Safe at Home Foundation continue to provide hope and support for children from abusive homes.”

“The Heisman Trophy Trust is delighted to honor Joe as our 2014 Heisman Humanitarian Winner.” Said William J. Dockery, President of the Heisman Trophy Trust. “While Joe’s accomplishments on the diamond are well known, his philanthropic endeavors off the field are at least equally impressive and laudable. Joe has never forgotten where he came from and those less fortunate needing help. The Heisman Humanitarian Award was created not only to recognize and honor individuals who give selflessly of themselves to assist underserved segments of our society, but also to encourage others to emulate these fine individuals.”

Torre joins an esteemed list of former Heisman Humanitarian winners from across the sporting landscape, including: Joey Cheek, Olympic speed skating gold medalist, for his dedication and service to the children of Darfur; George Martin, former defensive end of the New York Giants, who walked across America to raise funds for rescue and recovery workers at Ground Zero after 9/11; Pat LaFontaine, former NHL star who, through his Companions in Courage Foundation, builds interactive playrooms in children’s hospitals to keep young patients connected to family and friends; Mia Hamm, world-renowned soccer player, who raises funds and awareness for families needing marrow or cord blood transplants and continues to build opportunities for young women in sports; Warrick Dunn, former NFL running back, who has provided homes for single-parent families to honor his mother’s memory; Marty Lyons, University of Alabama and New York Jets defensive tackle, whose foundation fulfills the special wishes of children with terminal or life-threatening illness; Jeff Gordon, four-time NASCAR Cup Series champion and founder of the Jeff Gordon Children’s Foundation, which supports children battling cancer; and David Robinson, former San Antonio Spurs center, who has dedicated himself to helping children and families in need in the San Antonio community.

Torre has received numerous awards and countless recognition for providing support and care to children in abusive homes. The Heisman Trophy Trust is honored to welcome him into the Heisman family as the 2014 Heisman Humanitarian. Joe will officially receive his award at the 80th Annual Heisman Memorial Trophy Gala on December 15 at the New York Marriott Marquis. Tickets are still available at http://heisman.com/news/2014/9/22/Tix_Available_for_80th_Annual_Dinner_Gala.aspx 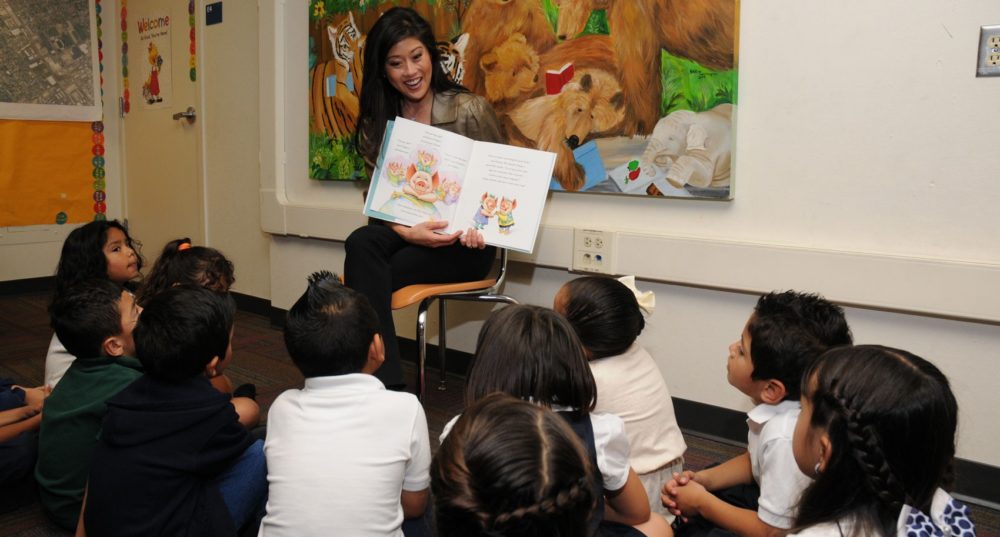 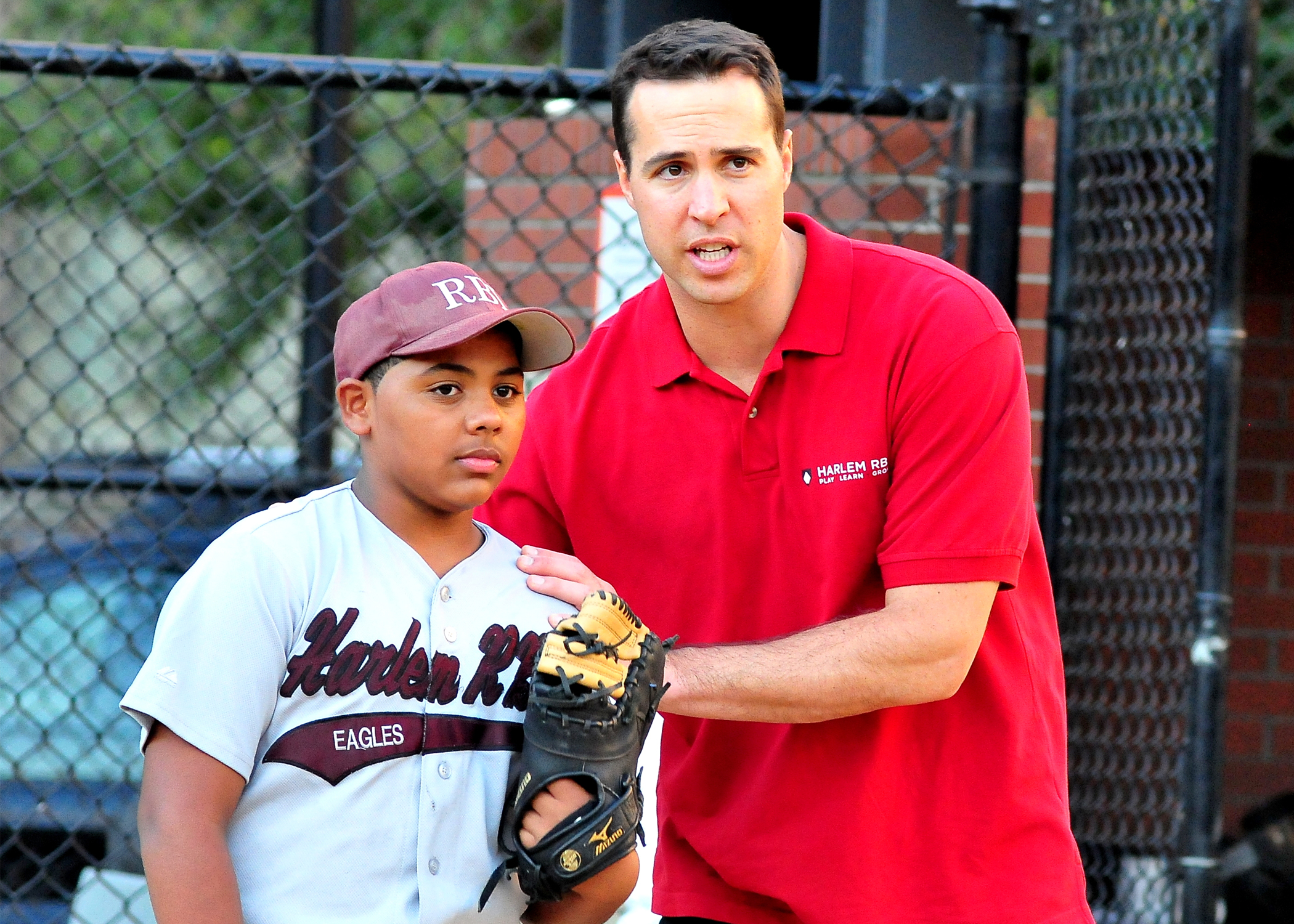 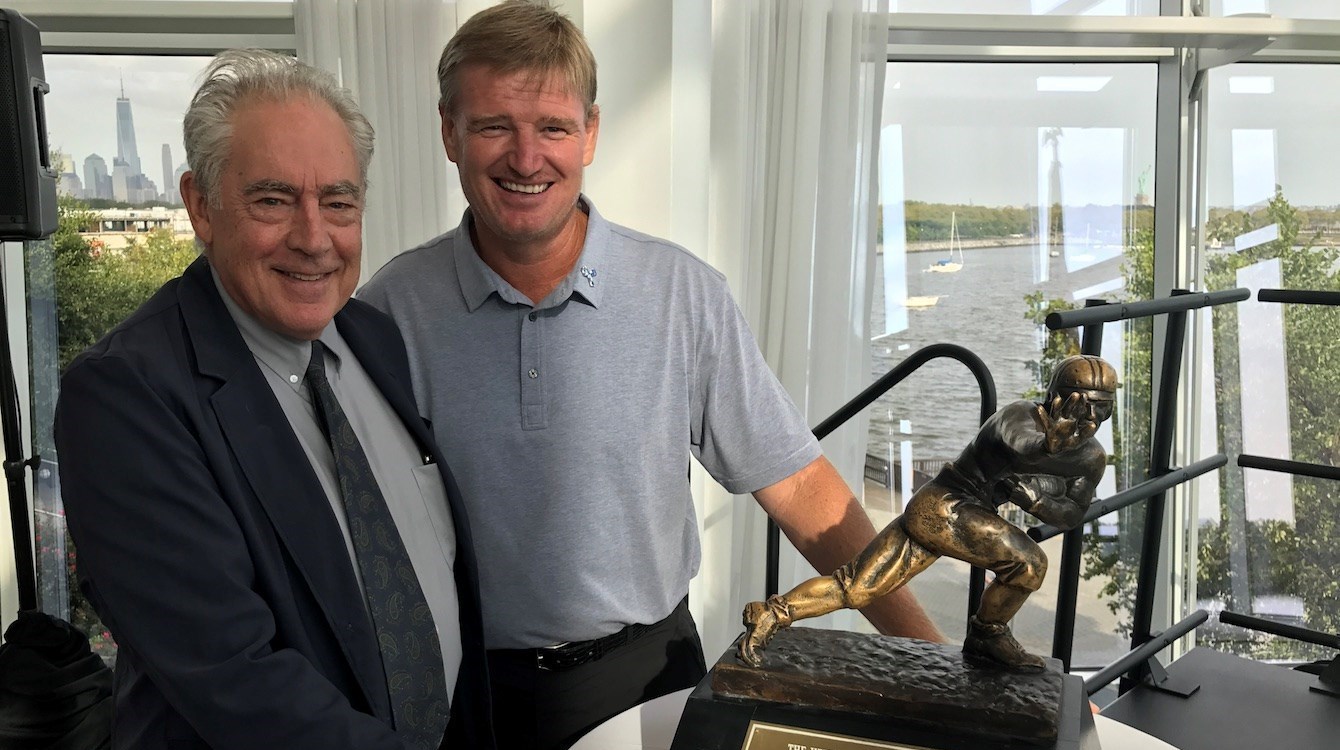 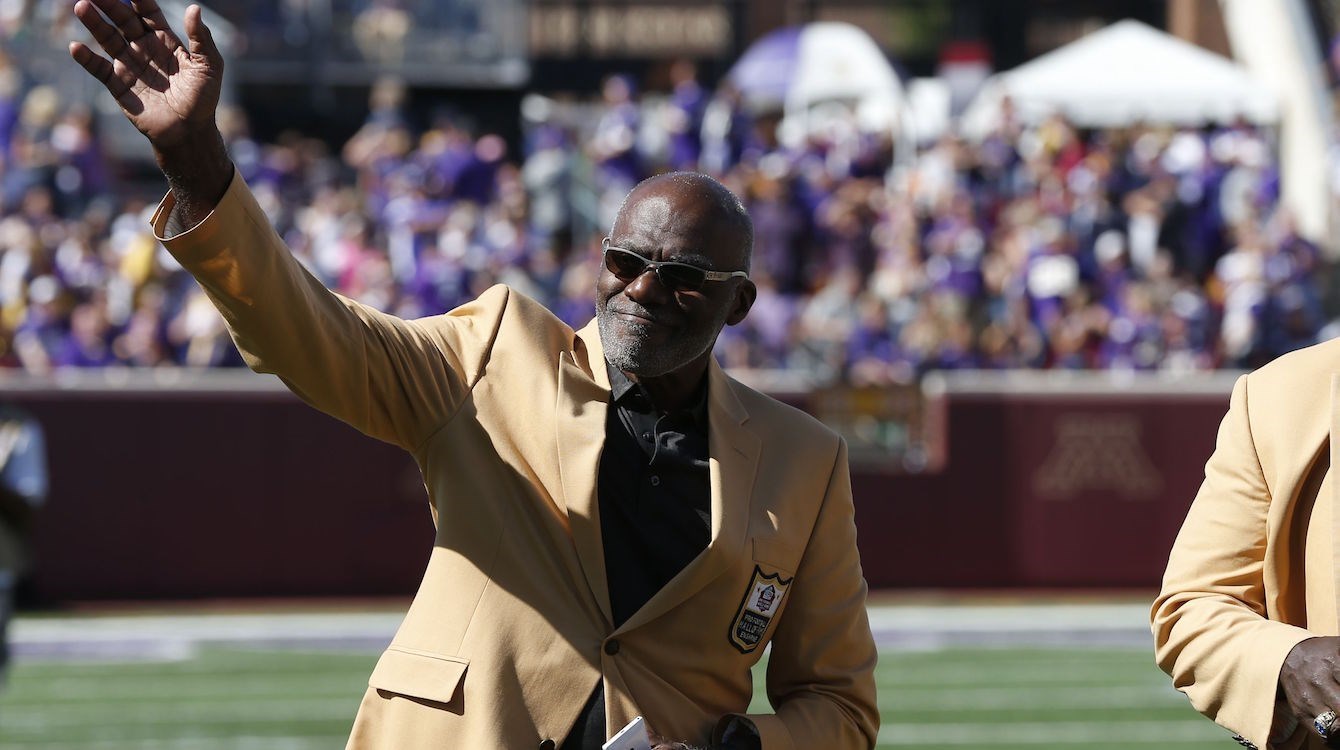