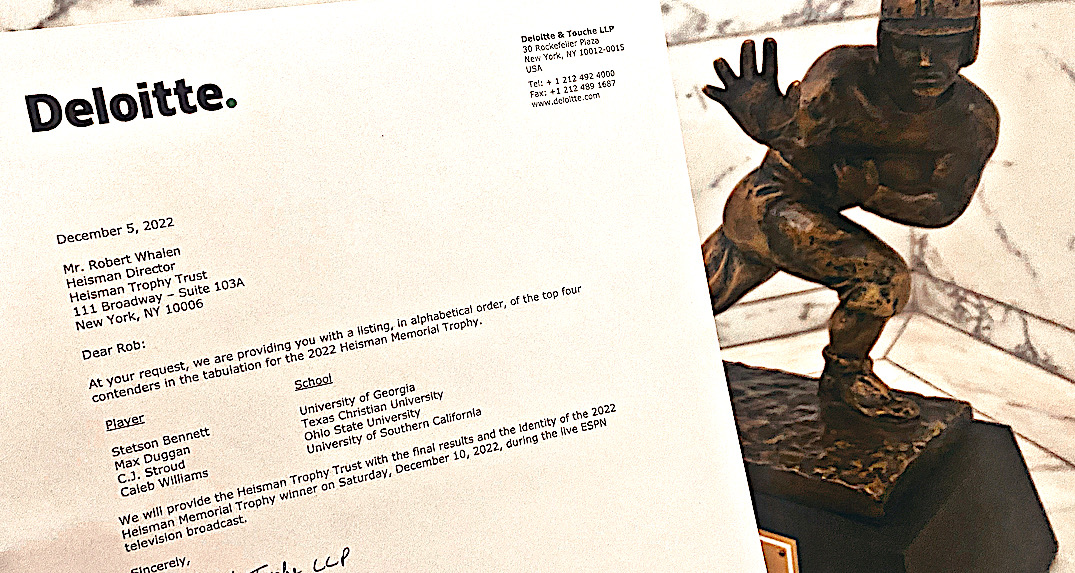 Now that all the votes are in, and all that is left is the suspense, let’s break down the balloting process.

1. Electronic ballots went out to 870 media members plus 58 former winners on Monday, November 28. The deadline was Dec. 5, at 5 p.m. ET, to return their ballots to Deloitte, the accounting firm that tabulates the votes.

5. The Heisman finalists — which will now always be four as announced in 2021 — were announced live on ESPN on Dec. 5.

6. The winner of the Heisman Trophy will be announced on Saturday night, Dec. 10, also on ESPN.

No. The Heisman Trust, like everyone else, learns the identity of the winner when he is announced.

Yes. Bryce Young is the most recent Heisman winner to have that opportunity.