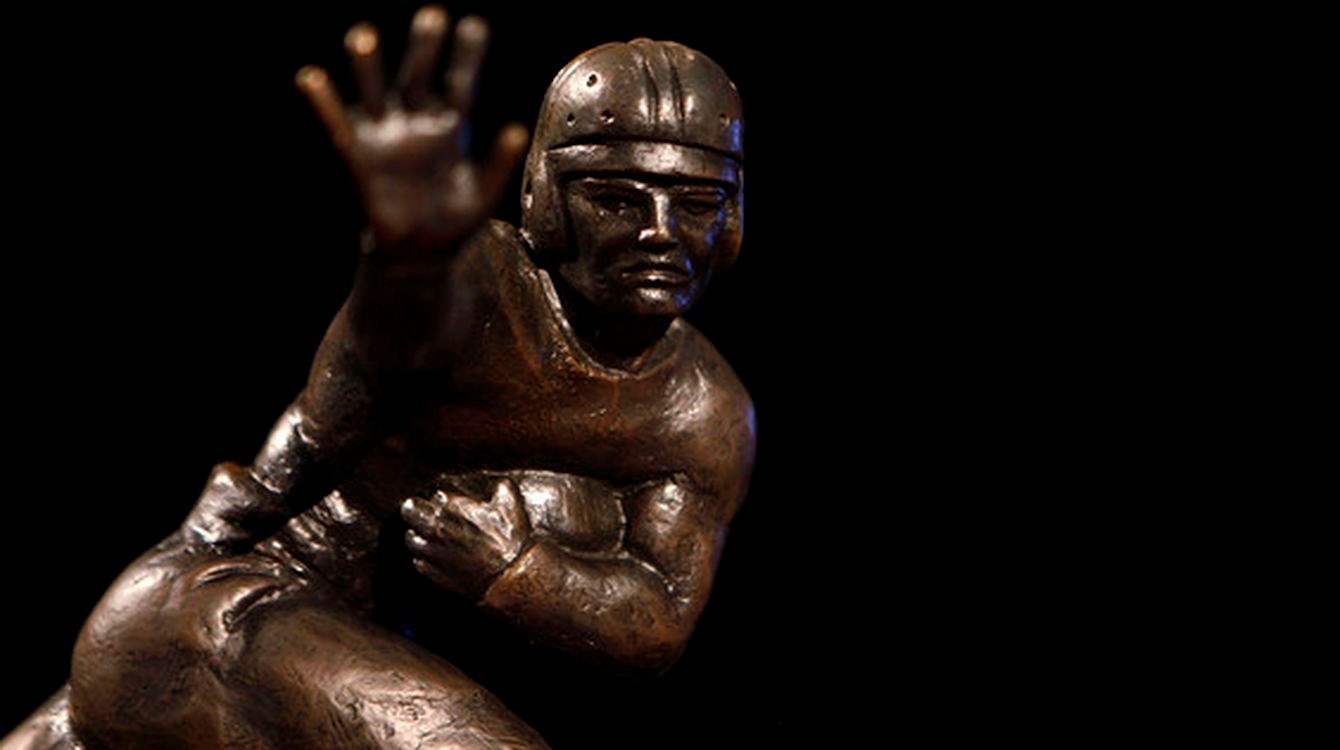 Two days following a rare lunar eclipse, we again turn our attention to the stars of the college football world, where Heisman contenders from across the country are casting big shadows.

You can’t turn on a game, it seems, without witnessing some truly impressive Heisman candidates — and what a great thing that is! —  and the college football media landscape has noted the wide array of potential finalists and winners.

The latest straw poll from The Athletic — featuring almost 40 voters — featured no less than nine players with at least one first-place vote – led this week by Ohio State QB C.J. Stroud with 12.

Stroud, a 2021 Heisman finalist, tops the nation in passing efficiency with 29 TDs and just four interceptions, leading the unbeaten Buckeyes.

CBSSports placed Maye — and his 2,964 yards, 31 TDs against 3 INTs along with 513 rushing yards and 4 more scores — atop its Heisman power rankings. This tweet from 247Sports breaks down the similarities between Maye’s stats this year and Stroud’s. Check out this TD scramble of his.

Nix had quite a day against Colorado on Saturday, throwing for two scores, running for another two, and even catching an 18-yard TD pass. He now has 2,495 passing yards with 24 TD passes with 457 rushing yards and an impressive 13 scores on the ground.

As this SBNation Heisman breakdown puts it, the transfer from Auburn “is a legit Heisman candidate” (per writer JP Acosta) and one SB writer, Mark Schofield, has him first with Stroud second, Hooker third.

Corum now has 16 rushing TDs for the 9-0 Wolverines, tied for the nation’s lead with Pitt running back Israel Abanikanda, who is also having a noteworthy season. Corum has 1,187 yards on the year, fifth nationally, three spots ahead of Abanikanda’s 1,086

So many other players are putting in serious work, hoping for a November surprise and a Heisman rally.

UCLA QB Dorian Thompson-Robinson is leading the Bruins to one of their best seasons in years and coming off a 169-yard passing, 110-yard rushing, three-total-TD day last weekend. He has 26 total TDs.

Former Pac-12 colleague and now LSU QB Jayden Daniels has led the Tigers to a pair of wins over top 10 teams in the last two weeks. This article breaks down the Heisman history of trophy winners on teams with two or more losses, most recently happening in 2016 with Lamar Jackson.

Then there’s our reigning winner Bryce Young, whose Alabama team suffered its second-loss to Daniels’ LSU team in OT last week, despite throwing for 455 yards and two scores, helping the Crimson Tide to 49 points.

The leader of the nation’s top-ranked team, Bennett, is getting Heisman attention from some corners. ESPN’s Chris Low compared Bennett to some of the nation’s top signal callers as did this Athletic piece. And the numbers are impressive and similar.

With three regular-season weeks left and a weekend of conference championships, we’re excited to see how it all unfolds.