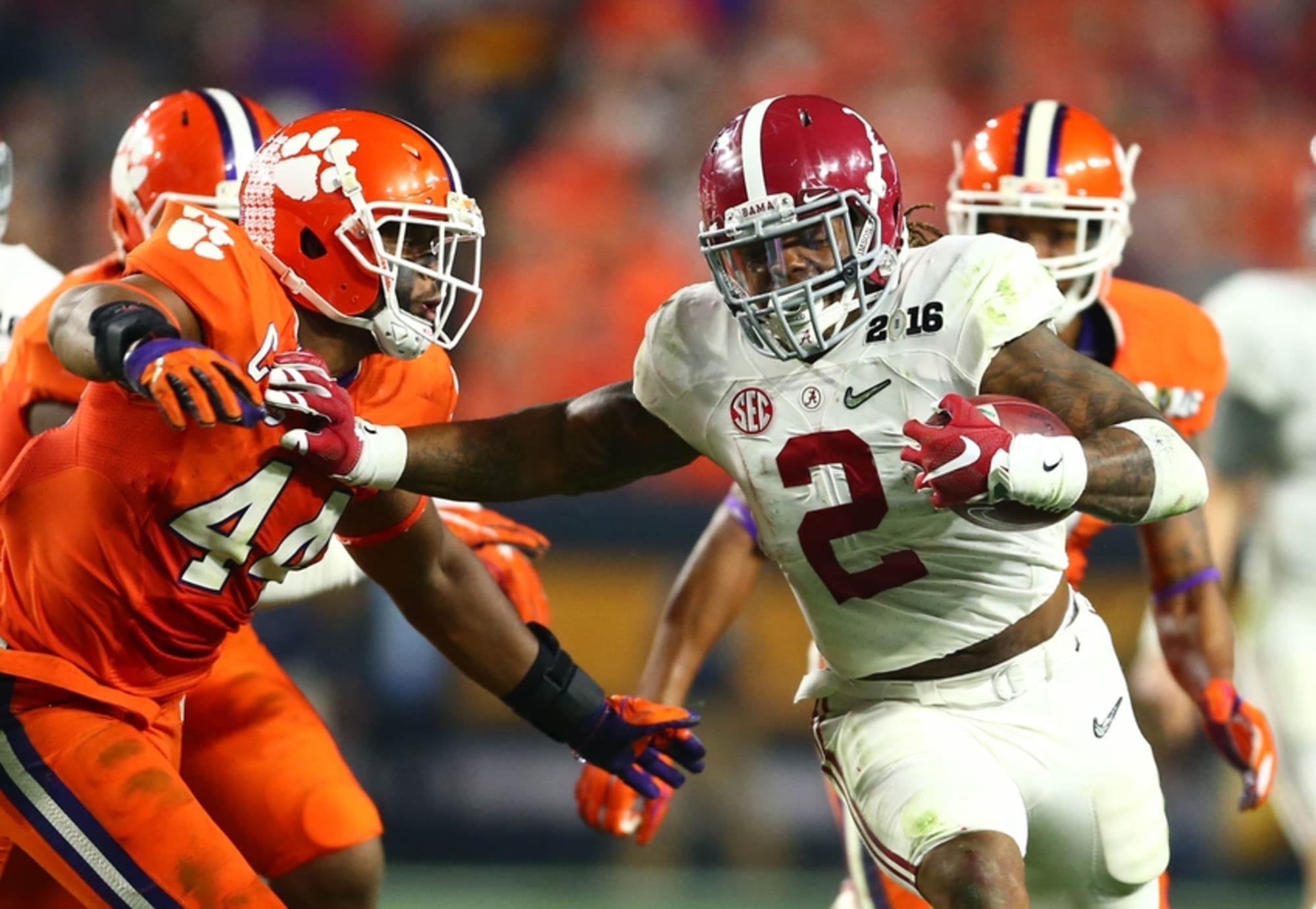 Derrick Henry in the 2016 CFP title game against Clemson. He scored three TDs in the game.

When Alabama quarterback and 2021 Heisman winner Bryce Young leads the Crimson Tide offense in its first series of the CFP Semifinal at the Goodyear Cotton Bowl Classic against Cincinnati on New Years’s Eve, he will become the seventh winner of the trophy to play in the College Football Playoff that same year since it began in 2014.

Burrow set CFP records for most passing yards in two games with a whopping 956 yards, including 493 in the semifinal win over Oklahoma (a CFP semifinal record) and 463 in the title game against Clemson (one yard off the title game record).

His 521 total yards in the title game, his 1,036 total yards over both games, his 12 total TD passes and 14 total TDs (including two rushing scores) are also CFP records. His 60 completions over those two games are second-most in CFP history.

Smith’s CFP debut came in 2018 when he caught the game-winning touchdown pass from Heisman runner-up Tua Tagovailoa in OT of the 2018 CFP title game. His 345 receiving yards and six TD catches over two games in 2020-21 are CFP records, as are his 215 first-half receiving yards, 12 receptions and three TD receptions in the title game.

Henry, in 2015, rushed for a combined 233 yards in his pair of CFP games, including 158 yards in the title game win over Clemson. Mariota totaled 671 passing yards in the 2014 semifinal and final games, completing 50 of 73 passing with four TDs.

Mayfield’s Sooners fell in a semifinal overtime thriller against Georgia in 2017. He threw for 311 yards and two TDs on 26-of-41 passing and also caught a TD pass on a trick play from receiver CeeDee Lamb.

Murray passed for 308 yards and two TDs and also ran for a game-high 109 yards and another score in Oklahoma’s 2018 semifinal loss to Alabama.

2013 Heisman Trophy winner Jameis Winston played in the 2014 CFP a year after winning the award, his Florida State squad falling to Oregon in the semifinals. His 45 passing attempts are third most in a CFP semifinal and his 348 passing yards are fourth most.