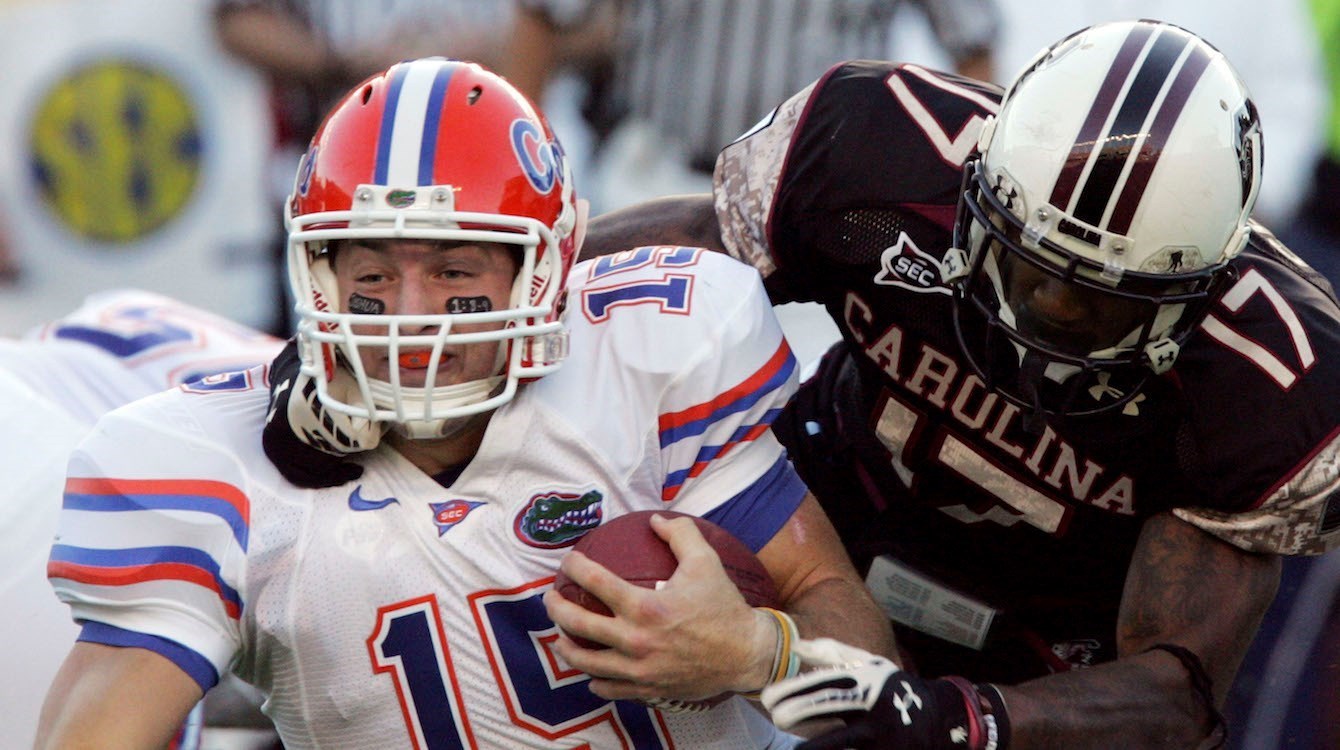 Since 2007, quarterbacks have been on a tear in the Heisman race, winning nine of 11 trophies. Along the way, those nine quarterbacks produced amazing numbers, averaging 48 touchdowns and 4,398 yards of total offense between them.

The player who started this trend was Florida’s Tim Tebow. In 2007, the true sophomore from Jacksonville, Fla., passed for 3,132 yards and 29 touchdowns while also rushing for 857 yards and 22 scores. His 51 total touchdowns was a record for a Heisman winner (since surpassed by Sam Bradford and Marcus Mariota).

This week in Heisman history, Tebow had his ‘Heisman moment’, totaling seven of those touchdowns in Florida’s 51-31 victory at South Carolina on Nov. 10, 2007.

The first play from scrimmage set the tone for the matchup as the Gamecocks lost the ball on a bad snap. Moments later, the Gators scored on 5-yard run by Tebow. Despite giving up a 22-yard touchdown pass from Tebow to Jarred Fayson later in the first quarter, South Carolina came back to take a 14-13 lead.

With athlete Percy Harvin injured, Florida coach Urban Meyer made the decision to put the game in Tebow’s hands.

‘We kind of made that decision to ride that horse with Tim, and he was phenomenal,” Meyer said.

In the second half, Tebow tacked on touchdown runs of 2 and 5 yards and then finished up the scoring with a 21-yard touchdown pass to Andre Caldwell.

After, Meyer called it a “Heisman performance” and the voters agreed. A month later, Tebow became the first sophomore (and third Gator) to win the Heisman Trophy.