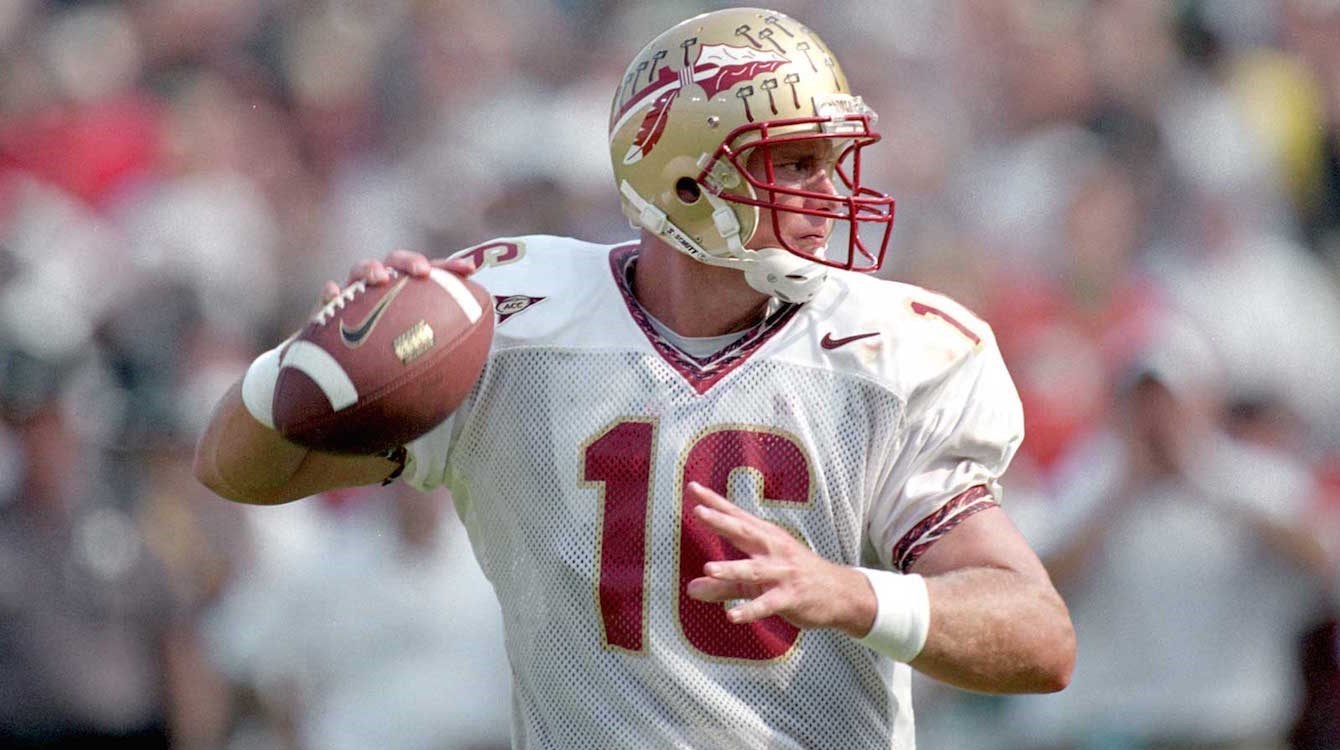 We’re in the dead of the offseason, but the Heisman is still making news. Here’s a compilation of the latest updates from around the media world so you can stay up to date on what’s happening.

The 2015 NFL draft is approaching and two Heisman winners — Jameis Winstonand Marcus Mariota — are available to be selected. Both are projected as first-round picks. Winston recently visited with the Tampa Bay Buccaneers, while Mariota put in a stellar performance at the NFL’s scouting combine.

If Mariota ends up doing well in the NFL, he will owe some of the credit to one of his mentors, San Diego Chargers quarterback Philip Rivers.

From the story in the San Diego Union Tribune:

“The time that Philip spent with Marcus on the field and the film room was invaluable for him. It gave Marcus perspective of … a quarterback who is doing it. … The little things he taught him just helped him so much. it helped him be prepared for this process in a much better way. It’s a huge advantage for him and something he’ll carry for the rest of his career.”

Despite his early departure, Mariota’s presence still looms large at Oregon. Thousands lined up to see his Heisman Trophy when it was put on display at a recent Ducks basketball game.

“We waited in line for maybe an hour, but we really wanted to see it,” said Gregg Sheldrake of Portland, who came to the game with his wife, Danielle, and son, Hudson.

“It’s really a special award for our school and I’m glad it’s here. I wanted to hold it up for pictures but they said that wasn’t allowed; Oh well,” he joked.

TCU quarterback Trevone Boykin finished fourth in last year’s Heisman voting, which means he’ll be the highest-returning vote-getter next fall. The Dallas Morning News‘ Chuck Carlton wrote this column on how he is staying focused, despite the expectations. The reigning Heisman winner has some advice:

“Any advice I would give to him is just try to ignore it, focus on what you have to do, what you can do to make the team better and just focus on getting ready for the season,” Mariota said. “Don’t allow all the preseason hype to get to your head.”

USC quarterback Cody Kessler told the LA Times that he’s ‘humbled’ to be mentioned as a potential Heisman candidate.

Chris Weinke, the 2000 Heisman winner out of Florida State, has been named the quarterbacks coach for the St. Louis Rams. Weinke has no coaching experience but, as FoxSports reports, “he has been developing young players since 2010 as the director of the IMG Madden Football Academy in Bradenton, Florida. He worked significantly with Carolina’s No. 1 overall pick, Cam Newton, during the NFL lockout in 2011.”  Congrats to Chris.

Herschel Walker, the 1980 Heisman winner out of Georgia, was the guest of honor at a Guilford Merchant’s Association dinner a couple weeks ago. The local news channel posted this interview with the former Bulldog great. Walker also visited Tinker Air Force Base in Midwest City, Okla., this past week. He talked with service men and women about how he overcame many barriers in his life, including mental illness.

The South Dakota chapter of the Fellowship of Christian Athletes is hosting its Night of Champions in Sioux Falls on April 13. The keynote speaker for the event will be 2007 Heisman winner Tim Tebow.

He didn’t win the Heisman, but he came awful close. Former Iowa quarterback Chuck Long was the runner up to Bo Jackson in the 1985 Heisman vote. At the time it was the closest vote in history. Long’s annual “Chuck Long Sports Auction“, affectionately dubbed “The Chuck” is set for March 7 in Rock Island, Iowa. Proceeds from the auction benefit the Children’s Therapy Center of the Quad Cities. Click here for more info.

Billy Sims, the 1978 Heisman winner out of Oklahoma, will be visiting the Troy, Mich., branch of his restaurant chain “Billy Sims BBQ” on Saturday, March 7. Fans will be available to meet with Sims, who played for the nearby Detroit Lions during the 1980s, from 11 to 1 p.m.

Finally, a Milwaukee-area family doctor tries to put his patients at ease with his collection of sports memorabilia, including a few very interesting Heisman items.

While playing at Chicago, Meier met and befriended Jay Berwanger — the first ever Heisman Trophy winner, from the University of Chicago, and so in his office you will find a picture of Berwanger’s original pose that became the iconic symbol of the trophy. Berwanger ended up donating the first-ever Heisman to the University of Chicago, but in the office you will see a photo of Meier holding the 1935 trophy.

“I was one of the last to hold it before they put it behind glass forever,” Meier said. “To have known that man, to know the history of the school — it’s the greatest trivia question ever.”