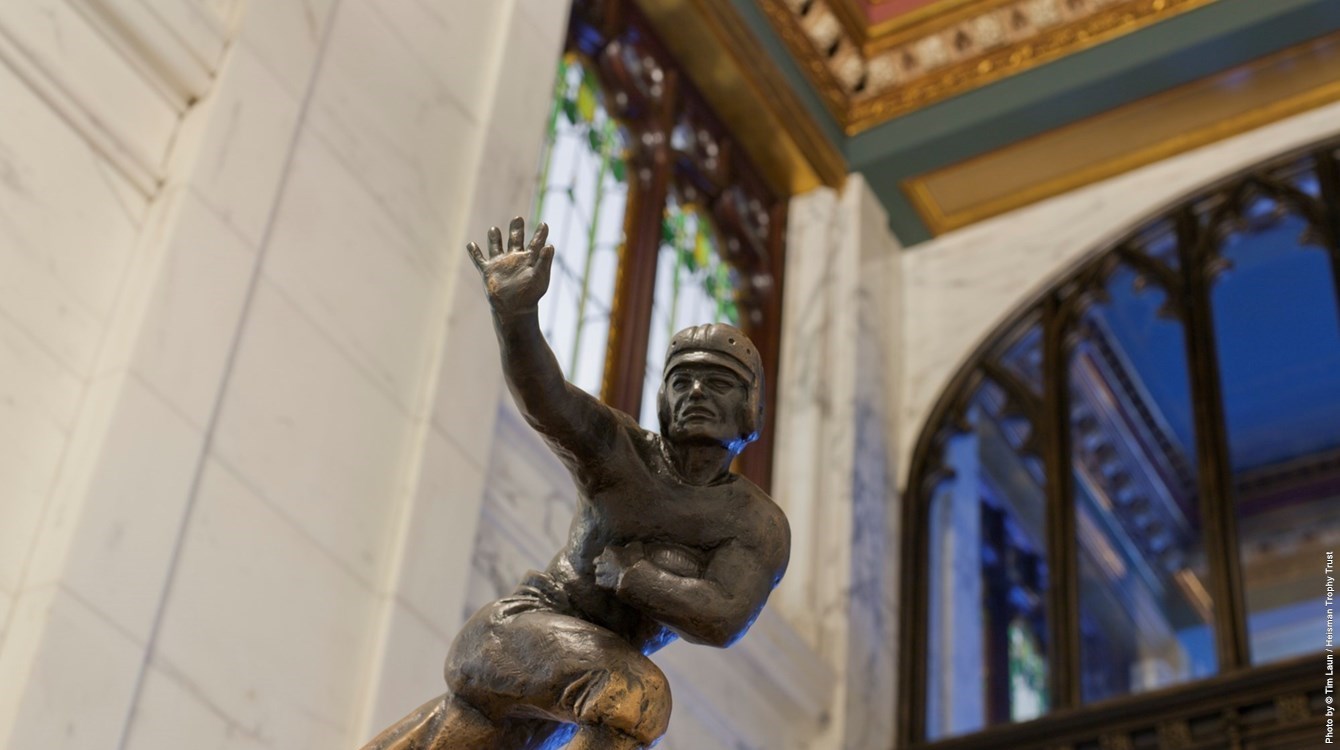 Week nine of the 2017 college football season is in the books.

The Heisman race is heading for a dramatic final month, with several candidates still in serious contention…

— Penn State’s Saquon Barkley still leads the Heisman Watch for The Sporting News and Sports Illustrated. He was also named the Big Ten’s Special Teams Player of the Week.

— But Ohio State’s J.T. Barrett, fresh off a big victory over Penn State, is back in contention and the new front runner, at least according to the News-Herald of Northern Ohio. More on Barrett from the Detroit News, Cleveland.com and ESPN.

Barrett didn’t need to pound his chest this weekend. The rest of the Buckeyes were happy to do it for him. Coach Urban Meyer gushed about his guy. Meyer called Barrett “professional,” “damn near perfect” and said he had trouble thinking of anytime he’s witnessed better quarterback play. That’s high praise coming from a man who previously coached No. 1 pick Alex Smith and Heisman Trophy winner Tim Tebow. “I think that H-word is appropriate after today’s game,” Meyer said.

— Did Bryce Love bolster his Heisman cause despite not playing last week?

— Notre Dame running back Josh Adams has a new website to promote his Heisman candidacy called 33trucking.com.  Not so fast, says the Herald-Bulletin of Indiana, but a host of people on Twitter disagree.

— OU quarterback Baker Mayfield tells his story on why he transferred from Texas Tech.

I would never change the way everything happened, would never have taken the easy route. It was definitely not the simple or obvious choice, but was one that I felt good about based on my belief in me. I’d say it’s worked out pretty well.

— Arizona’s Khalil Tate should be a Heisman contender, writes The Ringer.

— UCF quarterback Mackenzie Milton, who leads the nation in passing efficiency, is among the top five in this Heisman Watch from SaturdayBlitz.com.

— Florida Atlantic has started a Heisman push for running back Devin Singletary.

— Reigning Heisman winner Lamar Jackson is having another fine season. He leads the nation in total offense, with 909 more yards than his nearest competitor.

Here are links to the official websites promoting this year’s candidates. Look for more to come as November wears on:

In a battle of Heisman winners, Cam Newton came out on top over Jameis Winston.  Newton passed for 154 yards and rushed for 44 as the Panthers beat Tampa Bay, 17-3.
Winston threw for 210 yards and rushed for 13.
Mark Ingram rushed for 75 yards and a TD on 18 carries as New Orleans beat Chicago, 20-12.
Minnesota’s Sam Bradford missed another game due to injury.
Carson Palmer, Marcus Mariota and Derrick Henry all sat out with bye weeks.

Attention to detail is always a good idea…