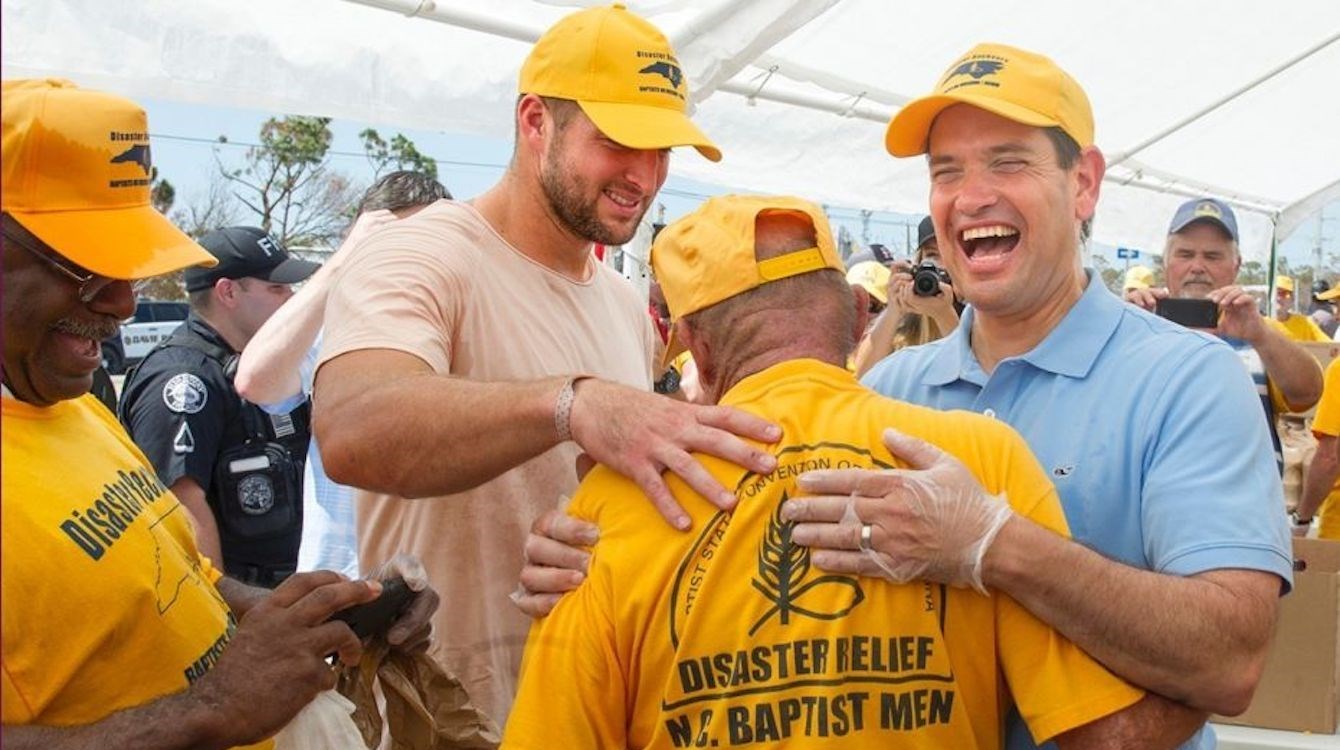 Week four of the 2017 college football season is in the books.

— The defending Heisman winner, Lamar Jackson, set the Louisville record for career touchdowns this past weekend.

— YahooSports has Mayfield atop its Heisman top 5.

— Some Heisman Power Rankings from ChatSports.com.

— The Chicago Tribune calls Barkley “the nation’s best back.”

Legs kicked out, ball glued to his right glove, Barkley used his 38-inch vertical to soar, forming a perfect pose. Some are calling his performance — a school-record 358 all-purpose yards in a game the Nittany Lions won on a walk-off touchdown pass — the best in Penn State history.

— HeroSports.com says that Georgia running back Nick Chubb is quietly making a case in the Heisman race.

— Sure, Barkley is good, but don’t forget about Stanford’s Bryce Love, writes CollegeFootballTalk.com.

— Florida punter Johnny Townsend, who leads the nation with 50.2 yards per punt, is throwing his hat into the Heisman ring.

— Bo Jackson will speak at the Athens (Tenn.) Chamber of Commerce’s annual dinner next June, but tickets go on sale this Oct. 2.

— Herschel Walker was a big hit at a recent gathering to honor a hotel in Savannah, Ga.

— Tim Tebow surveyed damages from Hurricane Irma in the Florida Keys with Senator Marco Rubio, who wants a statue of Tebow in Tallahassee.

Here’s how Heisman winners in the NFL performed this past weekend:

Marcus Mariota completed 20 of 32 passes for 225 yards and 2 TDs and also rushed for 27 yards to lead Tennesse over Seattle, 33-27.
Derrick Henry gained 54 yards on 13 carries in Tennessee’s victory over Seattle.
Mark Ingram gained 56 yards on 14 carries and caught 2 passes for 30 yards as New Orleans defeated Carolina, 34-13.
Cam Newton had a rough outing, throwing 3 interceptions with 167 passing yards and 1 rushing TD in the loss to New Orleans.
Jameis Winston threw for 328 yards and 2 TDs, but Tampa Bay fell to the Vikings, 34-17.
Sam Bradford missed his second-straight game for Minnesota because of a knee injury.
Carson Palmer and the Cardinals host Dallas on Monday Night Football.

Jason White and Danny Wuerffel getting some yoga tips from a Georgia Bulldog.