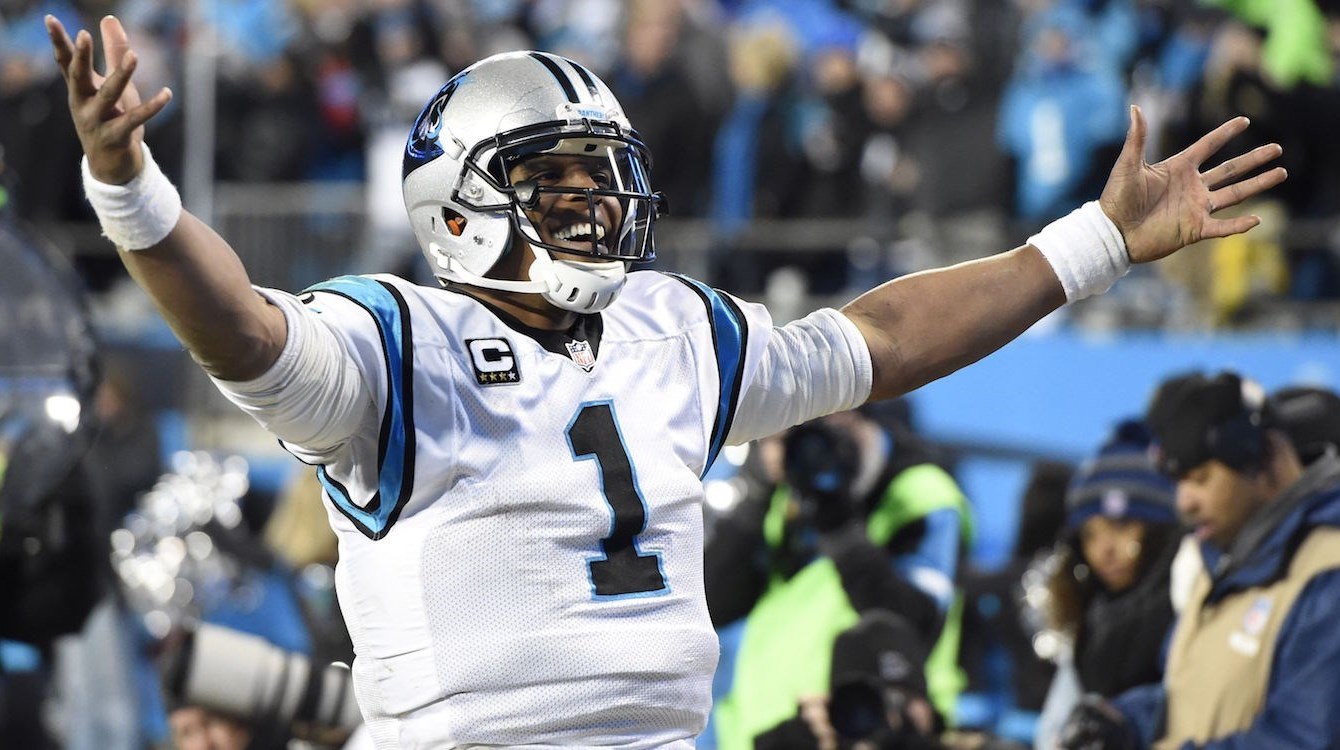 It was the first post-season matchup between starting Heisman-winning quarterbacks in NFL history. Unfortunately, only one could advance to Super Bowl 50 and it was Newton who did so in dominating fashion. Auburn’s 2010 stiff-arm winner completed 19 of 28 passes for 335 yards and two touchdowns and also rushed for 47 yards and two scores to push Carolina’s record to 17-1 on the season. The victory sets up a matchup with Denver in two weeks.

“We’ve been dreaming about this moment since Day 1,” Newton told the media after the game. “Our pen has a lot more ink left.”

It was a rough ending to a fantastic season for Palmer, who threw for 235 yards and a touchdown, but was intercepted four times.

“I kept digging us in a hole and we just couldn’t come out of it,” Palmer said.

More remarkably, Newton now has a chance to catch Marcus Allen as the most decorated player in football history.

Allen is the only player to win a national championship in college, a Heisman Trophy, a Super Bowl, a Super Bowl MVP award and an NFL MVP award. Like Allen, Newton already has his college title and Heisman, and he has a shot at claiming the last three milestones in the next few weeks.

Here’s a list of the Heisman winners on Super Bowl rosters: