John Heisman was the head coach at Auburn from 1895 through 1899 before and after many other stops on his historic coaching journey.

More than seven decades after Heisman moved on from the Tigers, one of Alabama’s favorite sons, Pat Joseph Sullivan, became the first Auburn player to win the famed trophy that bore Heisman’s name.

Fifty years ago – on Nov. 24, 1971 – Pat Sullivan won the Heisman in a close vote thanks to a brilliant senior season that capped three standout years as Auburn’s quarterback.

Sullivan was born in Birmingham and was a known QB commodity early, excelling in the Toy Bowl football league as a youth at Blessed Sacrament School.

By the time he entered high school at John Carroll Catholic, the ever-humble Sullivan was on his way to becoming a three-sport prep star in football, basketball and baseball, ultimately starring at quarterback.

By his senior year, he was the most sought after recruit in the state and had weekly recruiting dinners. With a strict schedule set by his parents, Monday nights were reserved for Alabama, Tuesday nights for Auburn.

Well, Tuesdays and the Tigers won out and Sullivan chose to play for Auburn coach Shug Jordan, enrolling as a freshman in 1968.

He played for the Auburn freshman team in 1968 (beating Alabama’s frosh squad to highlight the year) before joining varsity as a 1969 sophomore. He  immediately lit up the Plains, throwing for 16 touchdowns and almost 1700 yards, leading Auburn to an 8-3 record and a berth in the Astro-Bluebonnet Bowl, its best season since 1963.

He blasted off as a junior, leading the nation with 2,856 yards of total offense, including 2,586 passing yards, setting an NCAA record for yards per play (8.57) while leading Auburn to a 9-2 record (including his third win over Alabama), a win in the Gator Bowl and a final No. 10 finish in the AP Poll.

That set the stage for his memorable Heisman-winning 1971 season that kicked off with a 60-7 win over Chattanooga on Sept. 18.

Auburn took on No. 9 Tennessee in week 2 and trailed 9-3 late in the game. But Sullivan, following a lackluster first half, led the Tigers on a game-winning 89-yard TD drive, throwing for 59 yards on the scoring march to secure a 10-9 triumph and ending the Volunteers’ 23-game home winning streak.

Sullivan next threw for 253 yards and two scores in a 38-6 win over Kentucky, starting a streak of five straight games with at least 204 passing yards, all in double digit victories.

Sullivan ran for two first-quarter scores (his only rushing TDs of the season) and threw two fourth-quarter scores in a 40-7 romp over Florida in front of a record home crowd of 63,500 and then rifled three more TD passes in a 30-21 win over Mississippi State to open November.

The Tigers, at 8-0, next traveled to Athens to face unbeaten Georgia. Sullivan got the best of the Bulldogs in the schools’ 75th meeting, leading the Tigers to a 35-20 win, tossing a season-best four TDs to go with 248 passing yards.

It was the performance that clinched the Heisman for Sullivan. Watching the announcement from his parents home in Birmingham, he won the trophy with 1,597 total points, 142 ahead of Cornell star running back Ed Marinaro to become Auburn’s first winner.

Three days later, No. 4 Alabama got the best of Sullivan and Auburn in a 31-7 win, knocking the Tigers out of the national title chase, and they also fell to No. 2 Oklahoma, 40-22 in the Sugar Bowl. 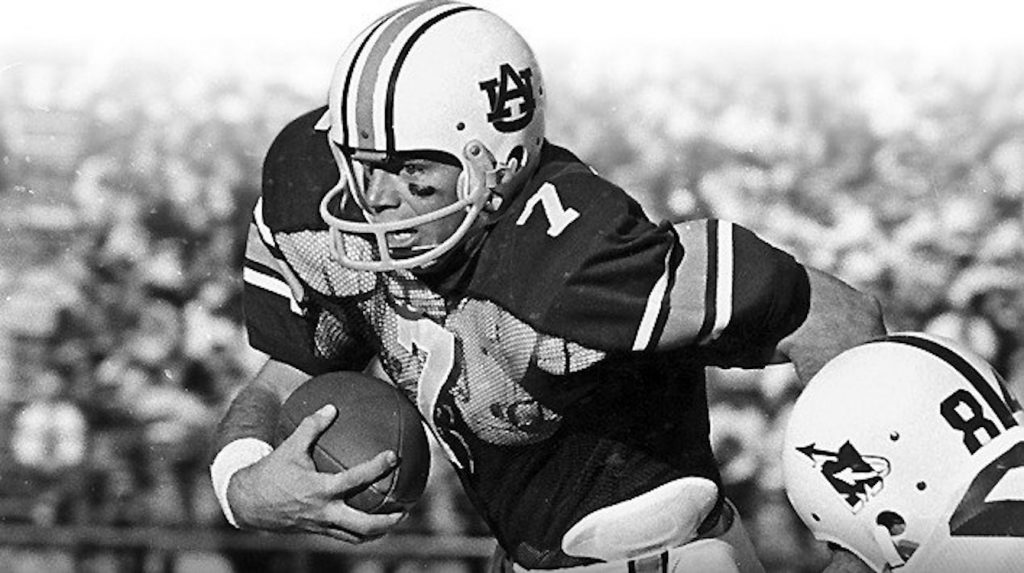 But although his Auburn career didn’t finish on the high note Tiger faithful wanted, it was a small chip in an otherwise platinum-plated career that saw him throw for 6,534 career passing yards and 54 touchdowns, scoring another 18 on the ground, the 72 total TDs tying an NCAA record. His senior-year totals saw him pass for 2,262 yards and 21 touchdowns, rushing for two more.

Also an outstanding student, he was named an Academic All-American in 1971 and graduated with a Bachelor of Science in business administration in 1972. He was drafted by the Atlanta Falcons in the second round of the 1972 NFL draft, playing four seasons there followed by one year split between Washington and San Francisco.

After time in private business and five years as a radio analyst for Auburn football, Sullivan returned to the game as the Auburn quarterbacks coach in 1986, helping the Tigers to three SEC titles in six seasons at his alma mater.

Sullivan, who battled cancer throughout the final two decades of his life, died on Dec. 1, 2019, a day after the Iron Bowl, something he helped Auburn win twice.

He was one of the most cherished athletes in the history of the state, beloved not only at Auburn but at UAB and Samford as well. So popular in the state was Sullivan that in the summer of 2019, months before his passing, he was voted as Alabama’s greatest prep player as well as its best quarterback in a summer-long state-wide poll.

A member of the College Football Hall of Fame, the Alabama Sports Hall of Fame and the National High School Hall of Fame, Sullivan was honored with a statue in front of Jordan-Hare Stadium in 2012 along with fellow Auburn Heisman winners Bo Jackson and Cam Newton.

This past fall, Auburn celebrated Sullivan and his 1971 Tiger team that helped him win the the school’s first Heisman on Nov. 13 in front of a packed home crowd, just another reminder of the massive place he will always have in the Auburn family. 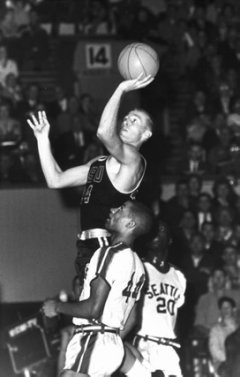