Kazmaier won Princeton’s only Heisman while leading his team to a 9-0 record and a No. 6 final ranking. He is the last single-wing player to win the Heisman and the last to come from the Ivy League.

Born in Toledo, Ohio, Kazmaier graduated from Maumee High in 1948. He shined in football, basketball, track and field, baseball and golf, earning a letter each year in each sport. He was recruited by 23 colleges, most offering full scholarships.

The 5-11, 171-pounder was a halfback, kicker and quarterback for the Tigers, but he spent his first year at Princeton fifth on the depth chart. Within two years, however, he became the ultimate weapon in the single-wing offense of Hall of Fame head coach Charlie Caldwell; by his graduation, he was Princeton’s all-time leader in rushing (1,950 career yards) and ranked second in passing (2,404 career yards). His 59.5 career completion percentage still ranks third all-time at Princeton.
While his numbers tell some of the story of his brilliant career, his greatest mark on the program could be found in team accomplishments. Princeton went 18-0 over his final two years, and it won the 1950 national championships based on both the Boand and Poling final polls.

His career was capped in 1951 as he was named an All American as well as winning the Maxwell and Heisman. He was the nation’s total offense leader in 1951 and the most accurate passer in the country. He rushed for 861 yards and nine touchdowns while throwing for 966 yards and 13 scores. He was named Ivy League Football Player of the Decade in 1960 and Time Magazine ran his picture on its cover.

The Chicago Bears drafted him in the 1952 draft, but he declined to play pro football, instead going to Harvard Business School. After spending three years in the Navy (1955–1957) and attaining the rank of lieutenant, he founded Kazmaier Associated Inc, an investment firm in Concord, Massachusetts. He served as a Trustee of Princeton University and as chairman of the President’s Council on Physical Fitness and Sports under President Ronald Reagan. The National Football Foundation honored Dick by presenting him with the Distinguished American Award for 1993.

Kazmaier passed away on August 1, 2013. He was elected to the National Football Foundation and College Hall of Fame in 1966.

Complete game-by-game statistics for Dick Kazmaier’s 1951 season are unavailable at this time.

Here are his Heisman season totals for 1951: 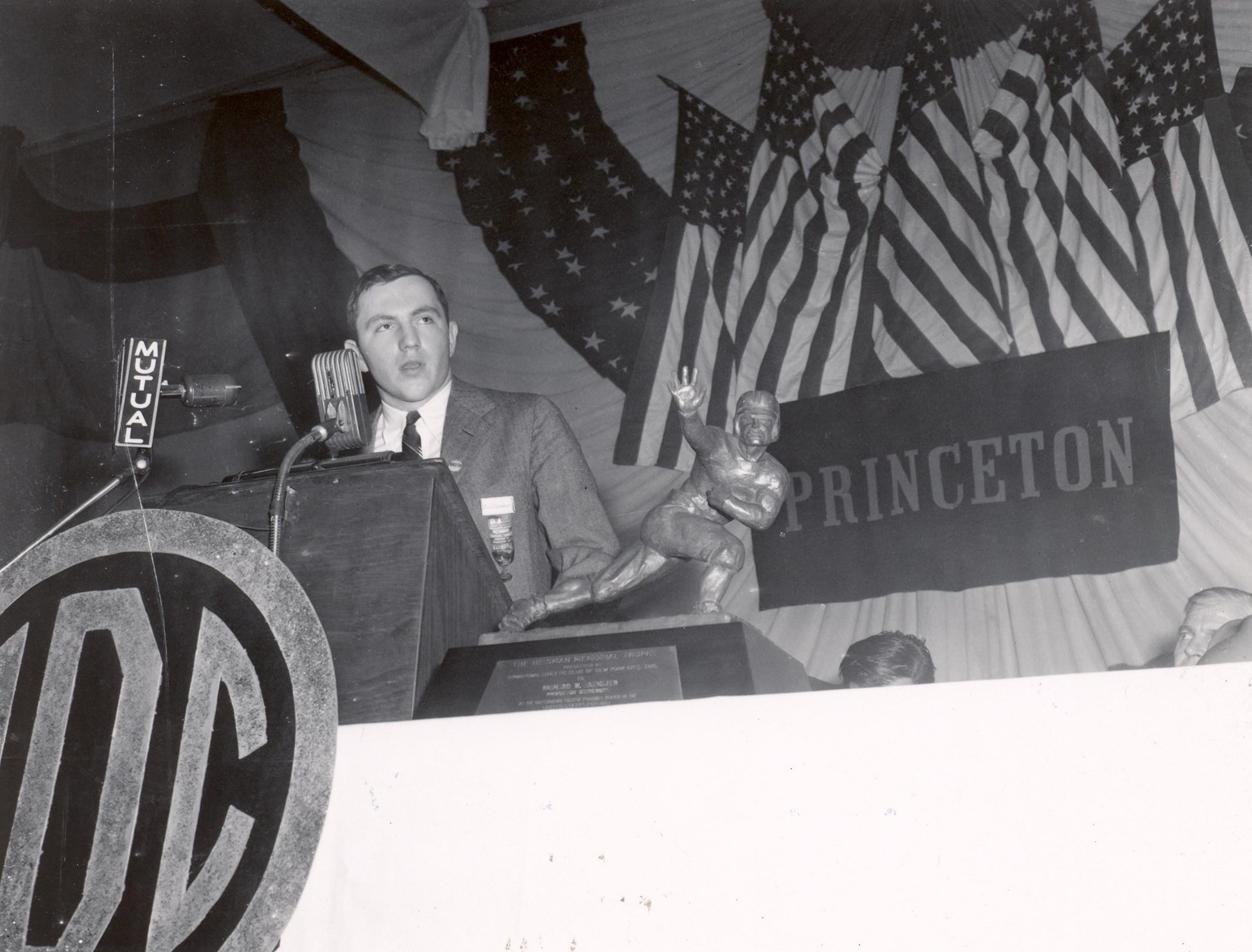 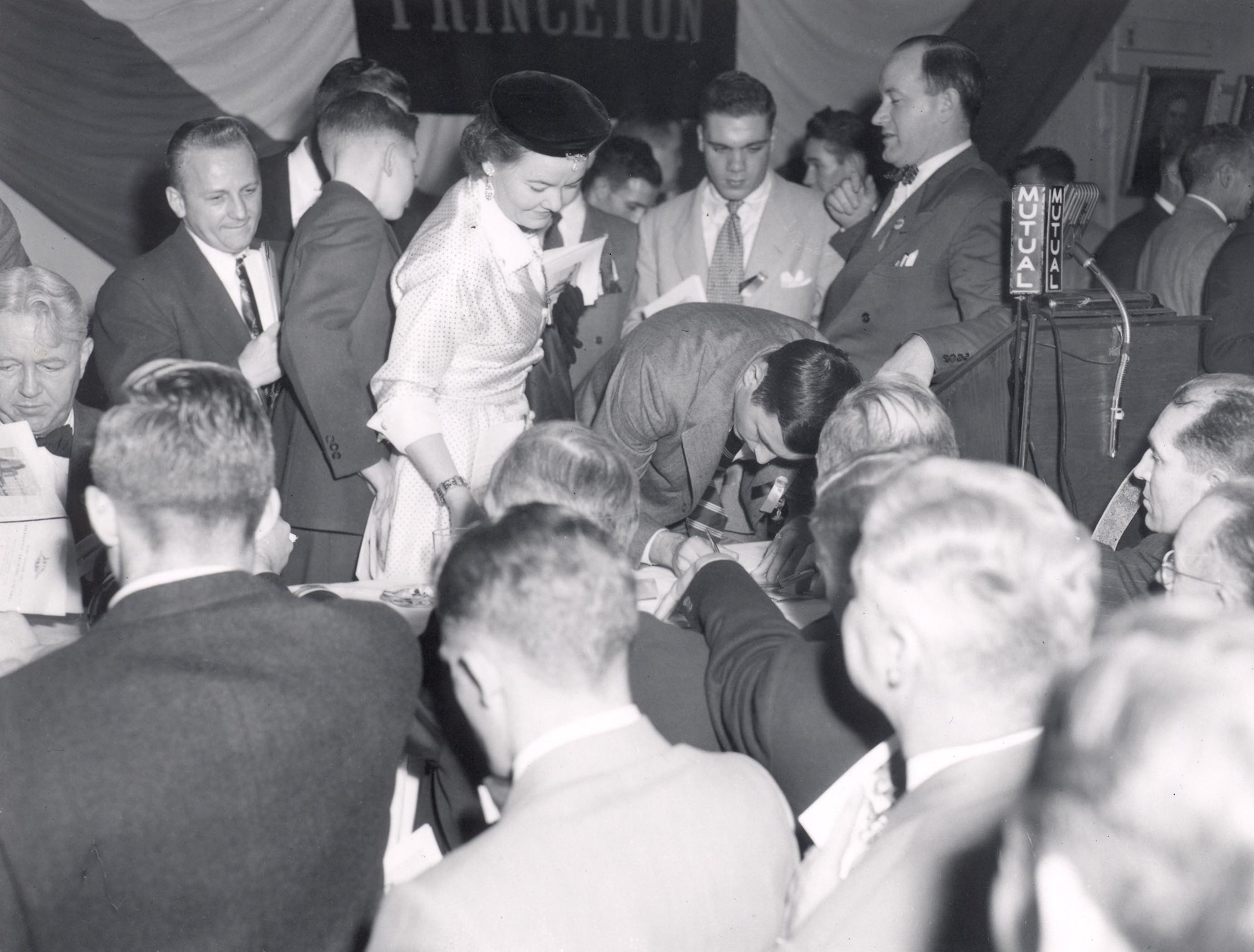 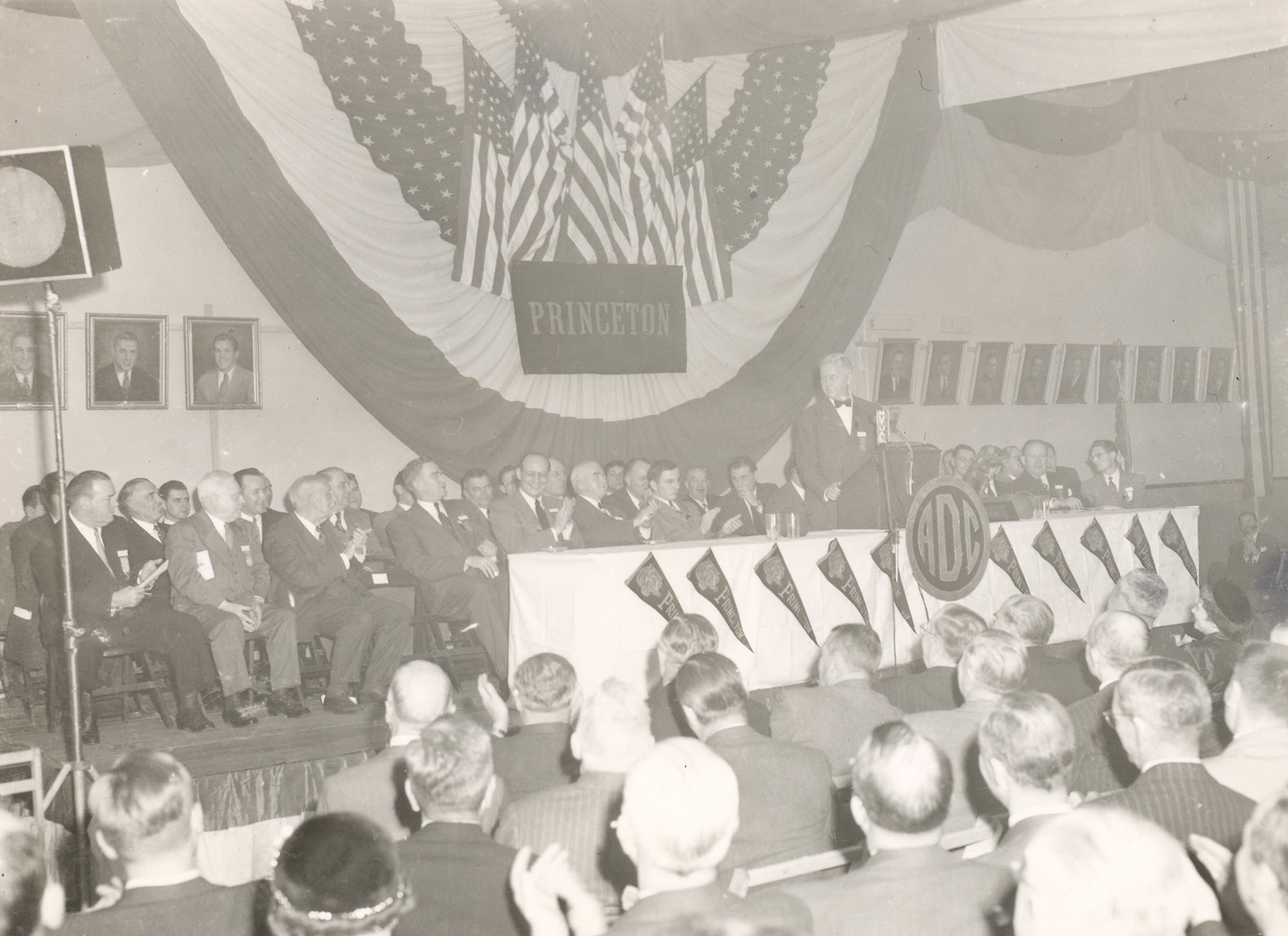 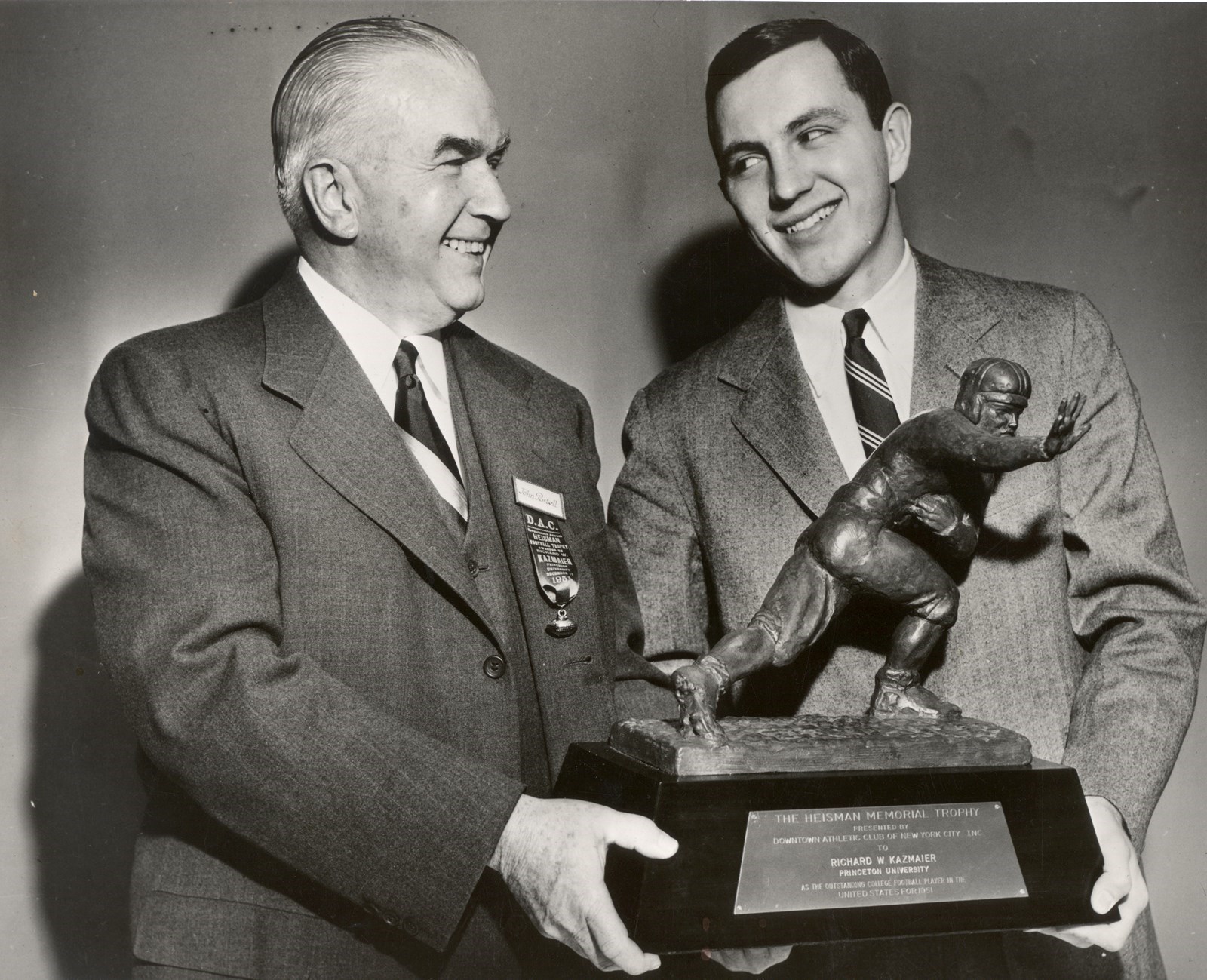